Just what are the new plastic banknotes really worth? 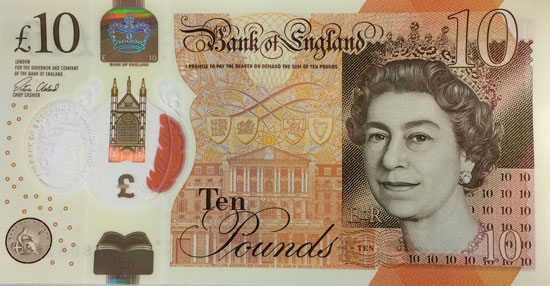 On 13th September 2016 history was made when the Bank of England issued the first English plastic banknote. Since then there have been a plethora of newspaper articles, blogs and online chatter as to the actual worth of these notes. Our banknote department have been receiving numerous telephone calls, on a daily basis, from members of the public asking if their £5 and £10 plastic banknote could be worth more than its face value.

Unfortunately the answer more likely than not, despite all the media hype, is no. We, as valuers, base all our valuations on the prices the same and similar things have sold for in recent sales. That way we can more accurately base our estimates on what collectors are actually willing to pay. We would therefore base a valuation of the new plastic banknotes on the prices the previous new issues have sold for. We would therefore estimate the £5 plastic notes in uncirculated condition and beginning with the prefix AA01 at £15 to £20 each. In our opinion, all other prefixes we would value at the face value of £5. The similar can be said for the £10 in which we would value the prefix AA01 at £20 to £30 each. All other serial numbers, even if they are sequential, would be valued at the face value of £10 only.

It has been reported in the media that these notes have been selling for much more than this on eBay. It is important to remember however that anyone can list something on eBay for whatever price they wish. In fact at the time of writing this article that are 469 separate listings for £5 plastic banknotes, ranging in price from £4,000 to the face value of £5. Whether they will actually sell for these prices is another story.