An introduction to coin collecting for beginners

Coin collecting dates back to the 12th century, and it remains a popular hobby for people of all ages around the world.

Commonly known as ‘numismatics’ by enthusiasts, there are many different reasons for starting a coin collection.

One of the cheapest ways to begin collecting is by saving specific £1, £2 or 50p coins which are found in pocket change. After all, they’ll never lose value and can be spent if you grow tired of the hobby.

For some collectors, the thrill comes from holding a beautiful piece of craftwork in the palm of their hand, where they can fully appreciate its age, weight and history.

For others, coin collecting is far more than a hobby, it’s a way of life. Rare artefacts are sought-after, sometimes by using metal detectors, and cherished for their beauty and scarcity.

It doesn’t matter why you’re interested in numismatics, this introduction to coin collecting will help you learn a few basic rules so you can create a collection you’ll be proud of. 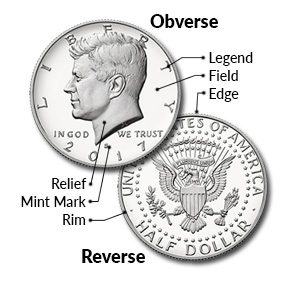 The basic parts of a coin

Before starting a collection, it’s important to familiarise yourself with the basics – such as the different areas of a coin.

The head: Also known as the ‘obverse’, this side usually has an image of a bust or portrait and the year when it was minted.

The tail: Also known as the ‘reverse’, this side features the coins face value.

The rim: The raised-up area which encircles the diameter of the obverse and reverse sides.

The relief: The part of a coin’s design which is raised above the surface.

The edge: Sometimes known as the ‘third side’, this is often grooved but can be ornamental or plain.

The legend: The lettering or inscription which identifies the country of issue and its face value. It may feature the initials of the designer.

The field: Any flat surfaces of areas with no inscriptions, which provides the background for the coin.

The different types of coins

When you’re just starting out in numismatics, you probably won’t know all the different types of coins available to collect.

Here are some the most common types you’ll come across:

Error coins: Any coin with a flaw which distinguishes it from other similar examples. These are often extremely rare, difficult to acquire and carry a high price tag.

Proof coins: Specially minted for collectors and prized for their distinguished visual appeal. They have immaculate design and finish made to the highest quality. The pinnacle of coin collecting.

Brilliant Uncirculated coins: Coins with a fine mint appearance and lustre because they’ve never been in circulation. Slightly lower in definition to a proof coin.

Commemorative coins: Issued to mark a special event or tribute to an important person, Commemorative Coins can often prove to be valuable in their own right.

Bullion coins: Coins crafted from precious metals such as gold, platinum and silver.

Ancient coins: Exceptional pieces of history, often handmade, which can date back to Roman or Greek times.

Circulating coins or business strikes: The coins in general circulation for daily use.

Worldwide coins: Any coin which is from a country which is outside the UK.

How to start a coin collection

With such a wide range of coins available, starting a collection can initially feel a little overwhelming.

Before spending money on coins, learn everything you can about them. Start with the loose change in your pocket and familiarise yourself with their parts, inscriptions, images, the material it’s made from and what type of coin it is.

Having mastered the basics, you’ll soon be able to weigh up the best approach for compiling your collection.

Collectors usually choose to specialise in one of four principal categories:

Collecting by theme is probably the most common way to get started with numismatics – the possibilities are endless. Simply choose a topic which has been depicted on a coin and away you go. It could be an imaginary character, famous person, animals, cars, railways, flowers, buildings, landmarks, sport or sporting event. Perhaps unsurprisingly, the most popular coin collecting theme in the world is the Olympic Games, closely followed by football and military history.

Historical enthusiasts love to collect coins which relate to a specific period. You may be interested in a time period (e.g. WW2 from 1939 to 1945) or a year which has significance for you, such England’s World Cup win in 1966. Perhaps you could acquire each coin issued from one particular year, like the Crown through to the Farthing, before doing the same for another year. Collecting coins with different mint marks is also another interesting way to collect by year.

If you choose to collect based on a coin’s value, it opens the possibility of acquiring every major design ever featured, such as those on a Penny or Farthing. Or you may want to collect all the year types or different mint marks.

If you want to learn about the culture and history of a country, collecting coins is a great way to do it. British coins are obviously very popular, but those issued in Canada and America also offer great insight into their Presidents and historic periods like the Gold Rush, Civil War or Wild West era.

What’s your motivation for collecting?

When starting out on this fantastic journey, it’s important to understand why you’ve been motivated to do so.

Here are some of the most common reasons we’ve come across:

Although there’s no right or wrong answer for starting a coin collection, unlocking the secret may help to shape your thoughts and collecting habits in the long term.

In our experience, the golden rule of collecting is to only acquire coins that you like or find interesting. Stick to this principle and you’ll never grow tired of your new-found hobby.

If you're keen to learn more about old coins, see our Coin Grading guide for more information!

How to store coins

Coins may be made from metal, but they can easily get damaged so it’s important to handle and store them well.

When starting out your coins are likely to be of lesser value, and the easiest way to store them is by putting them in a coin tray (pictured below) or cabinet. 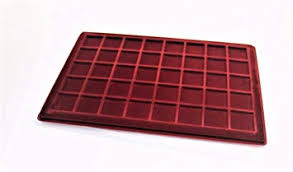 If you begin to acquire coins which are more valuable, they’ll require a better storage solution.

Coin envelopes, made from acid-free paper, are ideal for storing single coins. Special air-tight envelopes or albums can be used to store or display a collection of individual coins, preventing oxidation or scratches.

How to clean coins

There is a proper way to clean coins and using the wrong method can often reduce its value.

At Warwick & Warwick, we do NOT advise cleaning a coin unless it is absolutely necessary.

If you really do want to clean a coin, consult a numismatic expert to do it on your behalf. But never use chemicals or abrasive cleaning products on coins.

Collect, learn and enjoy – a summary

It doesn’t matter whether you want to collect for pleasure or treasure, this enthralling hobby can very quickly get a grip of you.

When starting out, very few collectors actually know what types of coins they want to collect. Most begin by buying a wide range of denominations or types until they find a specific area of interest.

As with any hobby or specialism, novices are more inclined to make mistakes compared to collectors with more experience. But this is not something beginners should worry about.

However, you should think long and hard before buying any coin. Is it the type you like and within a price range you can afford? If you answer ‘no’ to either of these, it’s probably not the right one for you.

Depending on your budget, it’s always wise to try and buy the best quality coin you can afford at the time. In the long run, adopting this attitude will reap its rewards. After all, it’s usually better to own a few valuable coins which are of interest to you rather than a larger collection which fails to capture the imagination.

Remember, coin collecting should be an enjoyable experience. Take your time, do your research and learn about all the different coins which are available. It may take months or years to amass a collection - and coin knowledge – that you’re proud to display.

Get a free professional coin valuation

If you own or have inherited a coin collection and you’d like a professional valuation, please call 01926 499031 or get in touch to make an appointment. We’ll happily provide this service for free with no obligation to sell.