What is the TRUE value of commemorative coins?

Commemorative coins are issued by the Royal Mint to celebrate a national event of significant importance.

In most cases, but not exclusively, the proceedings are royal occasions such as a Diamond Jubilee or Royal Wedding.

Rarely are these coins found in everyday circulation, as they’re intended to be sold as souvenirs. 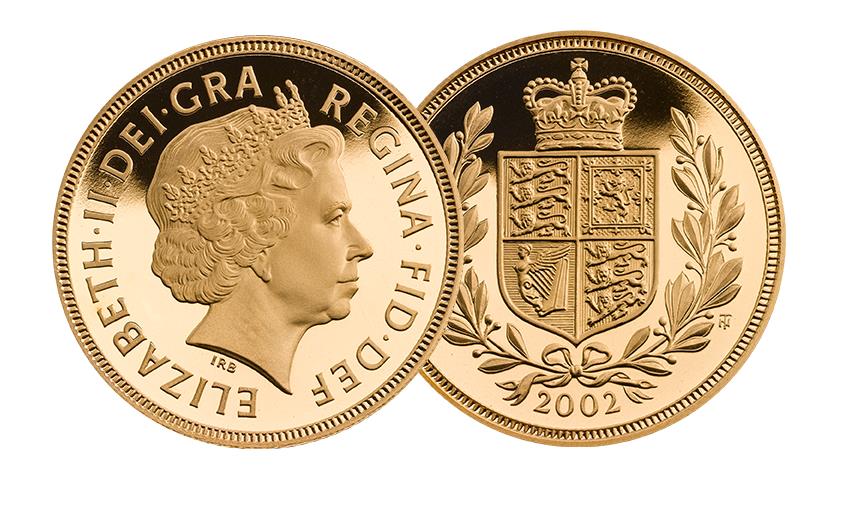 What are the different types of commemorative coins?

Commemorative coins remain popular with collectors, both in the UK and around the world.

Usually, no matter which Mint they have been issued by, these coins fall into one of three broad categories:

Common everyday currency: In the UK, this would be the 50p, £1 and £2 commemorative coins that are in active circulation. As with other everyday coins, these tend to be made from base metals.

Non-circulating legal tender: Older coins – like Sovereigns and Crowns and more modern £5 coins – that are cast from a base metal or precious metal. In theory, they could circulate but they don’t because their ‘spot’ value or collectable value is significantly higher than their legal tender issue price.

Tokens and souvenirs: ‘Proof’ commemorative coins minted from precious metals like gold and silver, which are not legal tender. Due to their limited numbers, these can be more sought-after by collectors.

In the UK, the definition of 'legal tender' is often misunderstood.

According to UK law, all coins made by The Royal Mint are classed as legal tender, whether they are commemorative coins or those in circulation.

In truth, it does not mean they can be accepted by banks, shops or businesses for cash transactions.

The term ‘legal tender’ allows UK coins to be accepted for payment of debts in court.

However, only ‘circulating legal tender coins’ can be spent and traded with banks or a business.

Banks, building societies and shops are NOT obliged to accept commemorative coins – and never have been – as they are not circulating legal tender.

Some banks do accept them at their own discretion, but this is unlikely.

Where can you cash commemorative coins?

Most large Post Offices will offer to cash in commemorative coins if you really want to dispose of them in this way.

Some banks do accept them at their own discretion, but this is unlikely.

However, before heading down either of these routes it’s wise to get an accurate coin valuation.

In our experience, a commemorative coins’ value usually lies in the fact it’s a collectable item.

If it’s rare, it will probably be worth far more than its face value.

Non-circulating commemorative coins are particularly sought after and treasured by collectors for their aesthetic appeal or rarity value.

In some instances, selling your item via a Private Treaty Sale may be the best way to achieve a quick and efficient disposal at current market levels.

Do commemorative coins have any value?

When it comes to the value of commemorative coins, there’s no hard and fast rule which can be applied.

As we’ve already touched upon, a commemorative coins’ value will be much higher than its face value if it’s rare.

Non-circulating commemorative coins are particularly sought after by collectors due to their aesthetic appeal or rarity value.

When calculating the value of a commemorative coin, our experts always consider the following factors:

In our experience, coins which have been minted to celebrate specific events tend to be more popular with both collectors and the public.

However, everyday commemorative coins can quickly become a collector’s item due to lack of availability through natural wastage.

Those with Mint errors can also prove to be a shrewd investment, such as the 50p coin issued to mark the 2012 Olympic swimming event.

For non-circulating legal tender and bullion coins, the precious metals from which they have been struck already exceed their face value.

The fact they are legal tender and exempt from CGT only adds further to their value, making them attractive to both coin collectors and investors.

Click now to discover if gold sovereigns are a good investment!

A recent example of this is the Commemorative 2012 Double Sovereign, struck in solid 22 Carat Gold to celebrate the Queen's Diamond Jubilee. This coin contains a pure gold content more than two hundred times its £2 face value.

However, it’s important to remember that not all commemorative coins are made equal.

Some which are struck from precious metals to a ‘Proof’ finish are often sold for more than their bullion worth, even when boxed and accompanied by a certificate of authenticity.

For more information on value, take a look at our How much are my coins worth? guide or get in touch! 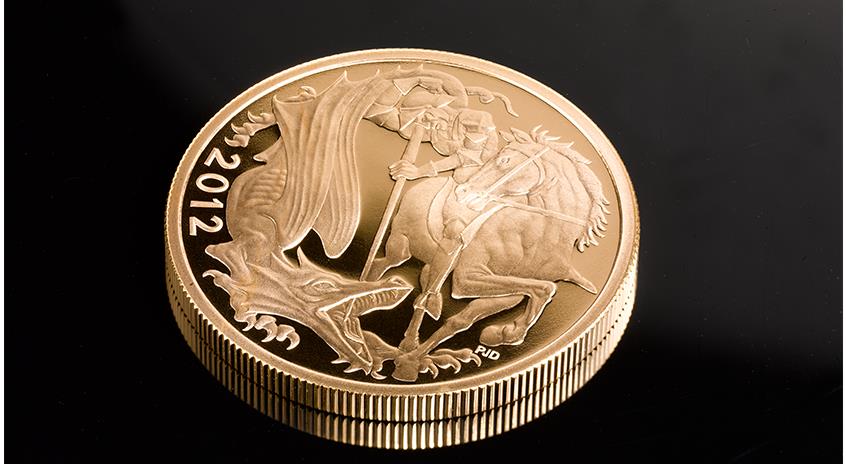 Commemorative coins collectors can enjoy plenty of choice – as different versions tend to be produced every year.

Below are some of the most notable, though not necessarily valuable, commemorative coins issued by The Royal Mint in the UK.

1935 George V Silver Crown: Issued to mark the Silver Jubilee of George V, this is the first commemorative Crown ever struck. It is commonly referred to as the ‘Rocking Horse’ Crown due to its art deco interpretation of the traditional St George and the Dragon coin design.

1965 Sir Winston Churchill Commemorative Crown: Issued to mark the death of the famous statesman, the 1965 Churchill Crown is the first British coin to feature a person outside the Royal Family. It was also the first Crown coin issued without a denomination since 1902.

1994 Gold Proof 50p piece: Issued to celebrate the 50th Anniversary of the Normandy landings in World War Two, it is slightly bigger at 30mm diameter and contains more gold than current issues.

1994 Gold Double Sovereign: Issued to mark the Bank of England’s 200th anniversary, this coin is exempt from Capital Gains Tax due to being legal tender, making it a popular choice for British investors.

2011 Royal Wedding Gold £5 Proof Crown: Issued in 2011 to celebrate the Royal Wedding of Prince William and Catherine Middleton, the Duke and Duchess of Cambridge. 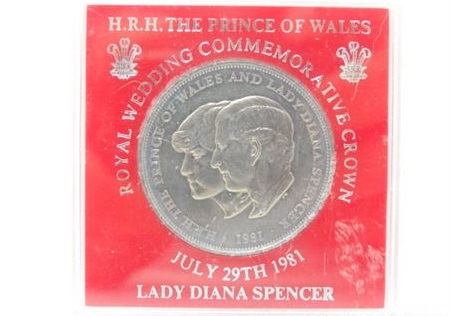 Are commemorative coins a good investment?

Acquiring commemorative coins can deliver a degree of personal satisfaction. After all, they’re an attractive item to have on display.

From an investment point of view, they’re not always great value. Sometimes they appreciate in value, but they often don’t.

Usually you can buy them on the secondary market for less than they were originally sold by the Royal Mint.

In comparison, a genuine numismatic coin will stand far more chance of increasing in value. This is because rare coins, which are typically made from gold or silver, have an intrinsic value as a precious metal. Over time, this value often goes up.

Numismatic coins also tend to be worth considerably more if they are scarce or enjoyed a lower mintage rate.

If you own a commemorative coin and would like to receive a free expert valuation, please get in touch or call 01926 499031 for an informal discussion.