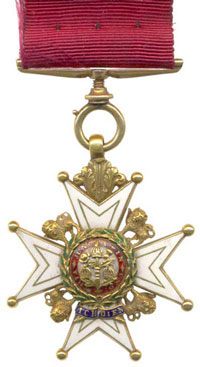 Henry Wellington Palmer was born in Tullagh House County Dublin on the 18th June 1828. He purchased the rank of Ensign on the 7th August 1846 in the 19th Foot. He quickly exchanged into the 74th Foot as an Ensign on 29th December 1846, and subsequently promoted Lieutenant without purchase on the 10th November 1848 on the death of Lieutenant Fellowes. The battalion arrived in South Africa on the 14th March 1851 and were quickly involved in the 8th Frontier War. His statement of Service confirms he took part in Operations at Theopolis, Lower Albany June 1851. Action in the Amatolas 26 and operations of the 27 & 28 June 1851. Operations in the Amatolas 2nd July 1851. Action on the Kroomie Heights 8th September 1851. Operations in the Waterkloof, Kroomie Heights and Fullers Hoek on October 1851. Action at the head of Waterkloof 6th November 1851. These were most of the main major actions that the 74th Foot were involved in 1851 and included some heavy fighting against the elusive frontier tribes.

He was again fortunate to be promoted to Captain without purchase on the 17th August 1852 on the death of Captain Borton. He purchased the rank of Major on 9th September1864 and then exchanged to the 90th Foot on the 4th October 1864. He was promoted Lieutenant Colonel on 1st April 1873 and Colonel on 1st April 1878. He commanded the 90th Foot from April 1873 to 1878 where he was thanked 3 times in General Orders for his conduct in command in the operations in the Fort Beaufort District during the Frontier War. He was granted the honorary rank of Major General upon retiring on full pay on 13th November 1878. The award of the CB was announced in the London Gazette dated 28th November 1878. 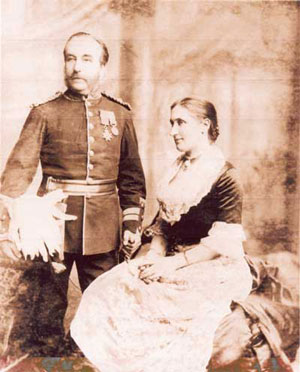 Personnel who were entitled to one of the date bars for the 1879 South Africa Medal and who had already been awarded the 1854 South Africa Medal were only to be issued with the appropriate clasp to be worn on the earlier medal. An article by Gordon Everson published in OMRS Journal 1981 identifies 21 such recipients of whom only 2 earned both awards with Regular Forces, the rest being colonial or colonial/regular awards. H.W. Palmer is not on Everson’s list, but this is not surprising as he moved from the 74th Foot to 90th Foot in mid career and would be hard to spot.