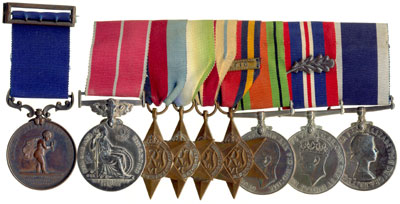 He served on HMS Ark Royal from February 1940 initially conducting operations off the Norwegian coast. He was an Air Ordnance fitter for 810 Squadron and 808 Squadron flying Swordfish and Skuas respectively. In July 1940 HMS Ark Royal joined Force H based in Gibraltar. During his time there, the operations included the attacks on the French Fleet in North Africa, bombing of Sardinia, bombardment of Genoa, pursuit of the Scharnhorst and Gneisenau in the Atlantic, the sinking of the Bismark and a number of Malta convoys. On the 13th November 1941 she was hit by a single torpedo from U-81 just 25 miles from Gibraltar. It took several hours for her to sink allowing most of the crew to escape including Hiscox who suffered burns to his hands sliding down the rope to HMS Legion.

In 1943 1830 Sqn was formed and based in USA for 6 months familiarization and training on the new F4U Corsair fighter. On completion of training the Sqn joined HMS Illustrious and headed for India and eventually the Pacific War. He was Mention in Dispatches in London Gazette dated 1st May 1945 “For bravery, skill and devotion to duty whilst serving in H.M. Ships Victorious, Illustrious, Indefatigable, Indomitable and King George V in attacks on enemy oil installations at Palembang, Sumatra.” 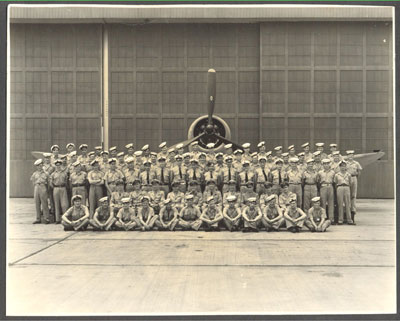 He was awarded the Royal Humane Society Bronze Medal for Successful Rescue in 1952 for:

“In the afternoon of Monday, 2nd June, a ketch being sailed single-handed by the owner, grounded on a sandbank near the Bombing Range at Bracklesham Bay. C.P.O. Hiscox saw that the owner was in some danger and in need of help, immediately waded and swam out to the yacht through heavy surf and a strong tide, and assisted him ashore. It transpired that the owner was a non-swimmer and, had it not been for Hiscox’s prompt action, might quite easily have drowned.”

An extract from a letter of appreciation received from the Inspector, South Eastern Division of H.M. Coastguards reads as follows:- “H.M. Coastguard has to rely very heavily on co-operation by the public and are very grateful for it, but initiative on the scale shown by Chief Petty Officer Hiscox is an exceptionally high degree of such co-operation and earns our admiration as well as our gratitude.” I commend Chief Petty Officer Hiscox for his selfless and prompt action and for his initiative which undoubtedly proved instrumental in saving a life.
The award of the British Empire Medal was announced in London Gazette dated 1st January 1959. 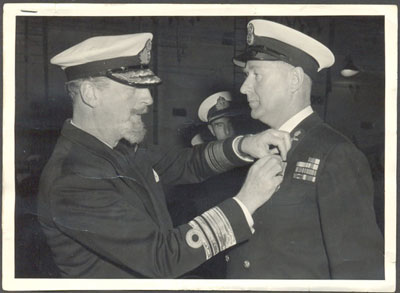