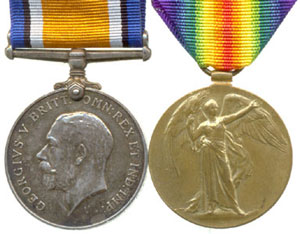 Abe Mitchell was born Henry Abraham Mitchell on the 18th January 1887 in the village of Forest Row near East Grinstead, but from an early age was known simply as Abe. The family home bordered the Ashdown Forest Golf Club (now Royal) founded in December 1888 where Abe Mitchell was to find his initial interest in golf acting as a caddy.

He was to develop into a fine golfer and was selected to play for England against Scotland in 1910 and Abe won his match by 7 & 5 to help England to a rare victory. He was runner up in the 1912 Amateur Championship at Westward Ho, won the Golf Illustrated Gold Vase in 1910 and 1913 and then turned professional being attached to Sonning Golf Club. He joined the Royal Artillery in WWI and served in France. 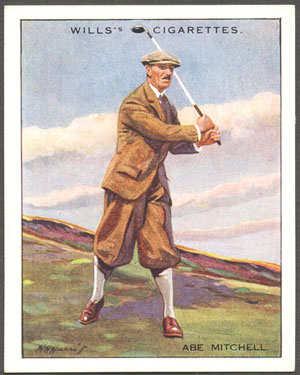 He won a number of tournaments in Great Britain and the USA. His best result in The Open Championship was to finish fourth in 1914, 1920 and 1929. In 1920 at The Royal Cinque Ports he conceded a 13 shot lead after 2 rounds to the eventual winner George Duncan.

In 1925 he was employed for 3 years as the personal tutor to one Samuel Ryder based at Verualam Golf Club. Abe was due to play in the inaugural Ryder Cup in 1927 in the USA but was ill and unable to travel. He did however play in the next 3 Ryder Cups.

The Ryder Cup was donated by Samuel Ryder and as a thank you to Abe Mitchell for teaching him the game, he had a figure of his coach placed on top of the new trophy. “I owe golf a great deal” he told Sam Ryder, “What you have done, putting me on top of the cup is more distinction than I could ever earn.”

Abe Mitchell has been labeled with that now familiar tag of the best golfer never to win a major championship, winning countless other trophies but never the Open which he desired above all others and played in 17 times.

In our December 8th 2010 auction, we offered Abe Mitchell’s WWI service medals, together with research documentation establishing that the recipient was indeed the famous golfer. Estimated at £400, they realised £977.