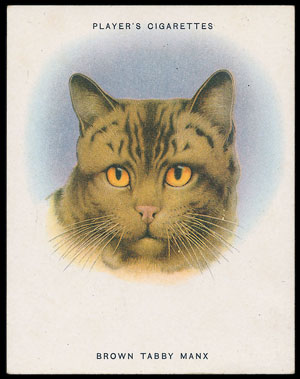 The first part of the cigarette card section contained a number of collections and accumulations with many realising figures well above estimate.  A lot containing sets by Carreras, Gallaher, Lea, Ogden and others estimated at £300 realised £460. A collection with ranges of silks by Phillips and Wix estimated at £280 realised nearly £380 and a lot featuring several sets from Ardath, Lambert & Butler, Ogden, Wills etc estimated £180 fetched over £350. 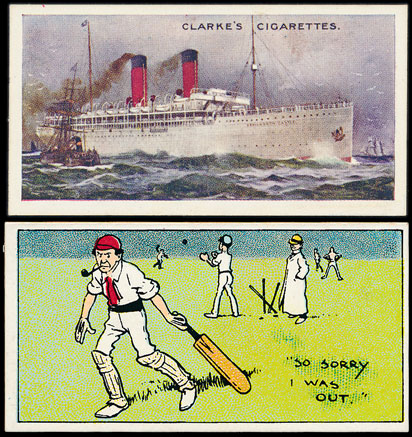 Individual British sets were once again popular and many exceeded their estimates. Some of the most notable results include an Churchman Silhouettes of Warships set in good condition with an estimate of £100 fetching £130, a Clarke Marine Series set estimated £100 achieved £112, a Player Everyday Phrases (by Tom Browne) set estimated at £150 made £236, a Wills 1896 Ships (with “WILLS” on front) set estimated £200 made £260 despite 5 having creases and a Wills Sports of All Nations set estimated at £100 made nearly £190. 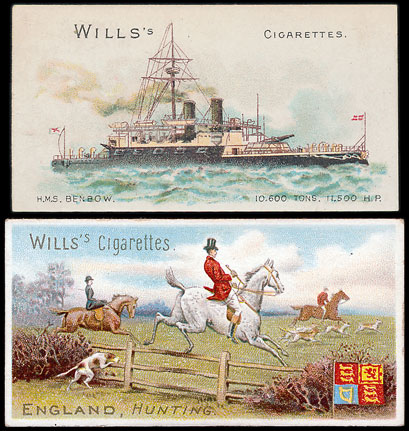 A relatively small trade card section achieved strong results across the board, including a range sets from Amalgamated Press, Robertson, Typhoo and many others with an estimate of £180 making over £410, a collection of Brooke Bond Canada sets estimated £120 made over £140, a range of Cadbury sets estimated at £70 realised £153. 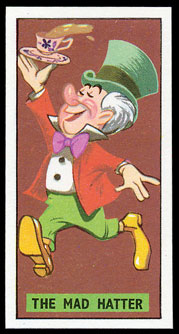 Warwick and Warwick value cigarette card collections free of charge. Our next auction is on 18h November.