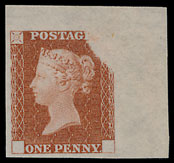 Penny Blacks were in demand with an 1840-41 assortment, offered in the auction at £800, reaching a remarkable £3,360. Surprisingly, a very unusual Penny Black entire sent from Paris to Hamilton, then redirected with a further stamp being added, failed to reach its reserve. 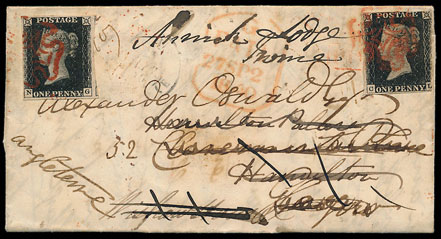 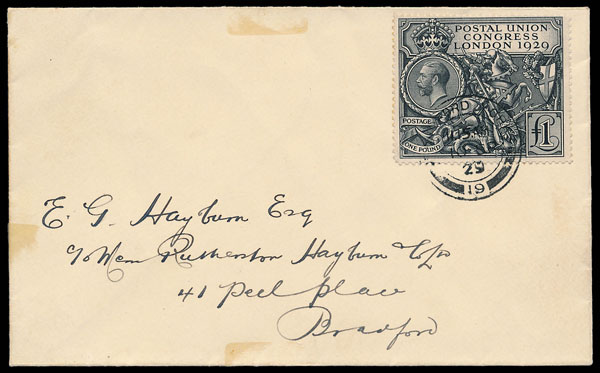 In the foreign section of the auction a China 1894 Dowagers 60th Birthday set made £720 and 9ca tete-beche pair from the same set reached £630. 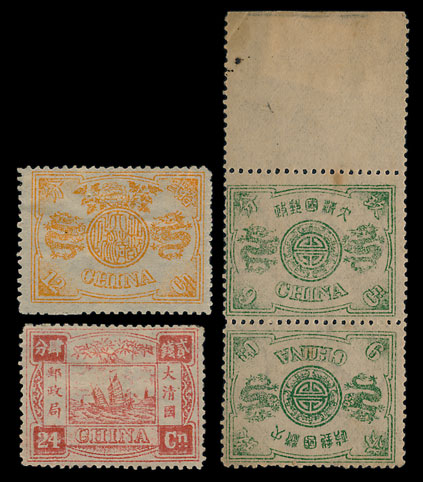 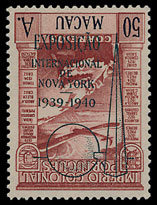 Famed for its skilled embroidery, the Swiss city of St Gallen produced the world’s first embroidered stamp for the Swiss Post Office in 2000. A mini sheet made up of 4 of the 5Sfr stamps within a border, sold for £84. 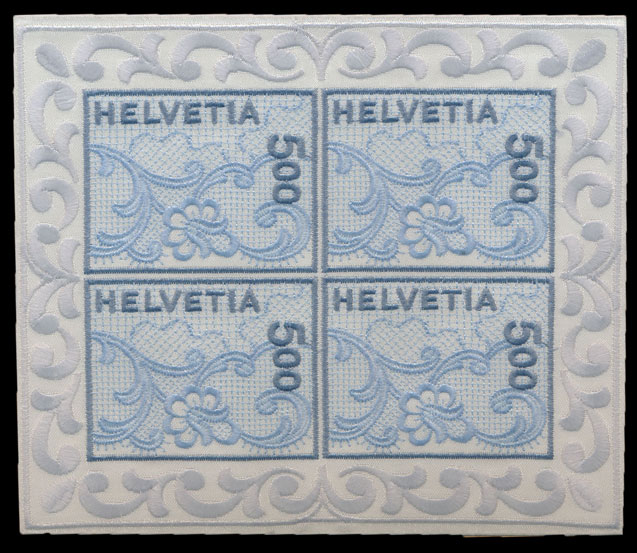 Amongst the unsolds was a New Guinea 1915-16 strip of 3 ½d green with ‘N.W.PACIFIC ISLANDS’ overprint showing the 3 settings of the overprint. With a catalogue value of £6,750 and an auction estimate of just £450 this was surely a missed opportunity.

Better known as a yachtsman, Sir Francis Chichester was also an accomplished aviator. In 1936 he completed a 21,000 mile flight from Sydney to London taking 41 days, with numerous stops on the way. A unique record of the flight sold in the auction, a large cover with stamps and local cancels from various stops on the way, addressed to Mr F.C.Chichester in Sydney, this remarkable item sold for £108.