There were 195 lots of medals and militaria in this sale. The highlight of the sale was the 1917 Distinguished Conduct Medal group to Warrant Officer Class 2 John Locker who served with 12th Bn West Yorkshire Regiment and 5th Bn King’s Own Yorkshire Light Infantry which sold for £1829. 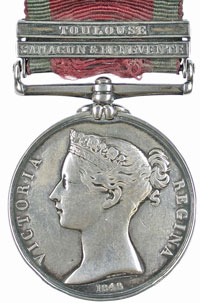 The highlight of the WW1 section was Lot 90, 2 groups to the Busby brothers. Alfred Busby was killed in action with the 8th Bn at Montauban in the famous Football Charge on 1st July 1916 and is buried in Dantzig Alley British Cemetery. Captain Billie Nevill provided a number of footballs for the 8th Bn to kick across no-mans land in their attack at Montauban on the 1st July, 2 of which were later recovered from the German trenches.  The Battalion suffered heavily on 1st July with 446 casualties. This story helped the group to sell to a room bidder for £1239.

WW2 gallantry was well represented with Lot 148, a Glasgow Highlanders WW2 Dortmund Canal Crossing Military Medal to 3324730 L/Cpl J. McKernan H.L.I. “L/Cpl McKernan served in every action up to the crossing of the DORTMUND Canal where, at DRIERWALDE, he was wounded. On the day he was wounded the Bn was heavily engaged with the Trg Regt of SS Div GROSSDEUTSCHLAND. The Pl Comd was killed and the Pl Sjt was wounded. Lance Corporal McKernan found himself the senior NCO of the Pl. He led it fwd with great distinction under hy fire: at times he had to rush the opposition, and at other times he found the way round the flank. He was twice wounded but still went on. There is no doubt Lance Corporal McKernan’s outstanding qualities of personal bravery, skill at arms and aggressive spirit have been a most potent influence in his coy. He was never daunted by difficulties and seemed at his best when the odds were against him.” This medal was secured by a phone bidder for £1239 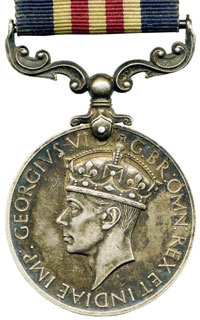 There were 10 lots of militaria with several stand out items. Lot 186 and 187 were a WW1 Royal Flying Corps Maternity Pattern Service Dress Jacket and a WW1 Royal Flying Corps Flight Tunic Jacket with embroided cloth pilot’s breast wings. The jackets had belonged to Lieutenant John Thomas White, a pilot in the R.F.C. The jackets considerably beat estimate selling for £1534 and £1003 respectively 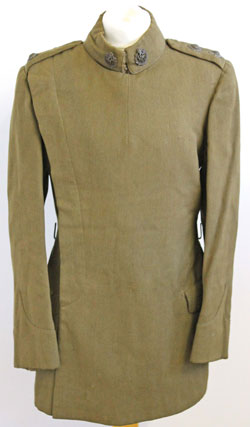 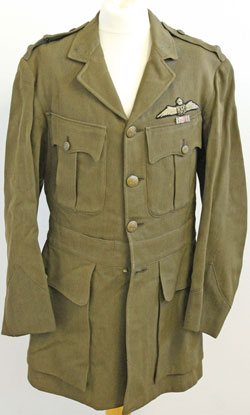