The highest realisation in the July 15 Warwick and Warwick auction was the £1,652 paid for a collection of 392 liners, which had merited a description of “valuable”. It included ranges of RPs and printed and artist-drawn cards from many different lines and included several chromos. A miscellaneous 260 strong collection of shipping, estimated at £350, achieved £737. Railways also exceeded estimates, with a world collection, 300 strong, estimated £430, achieving £649. 65 British railway locos with postcard backs, together with 300 with plain backs, realised £94. 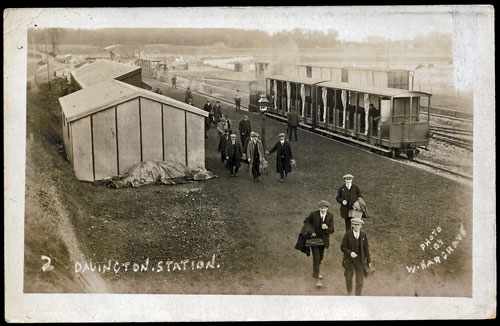 A number of Kent collieries were on offer but failed to reach their reserves. However a rare RP of Davington, near Faversham, station interior, showing 2 narrow gauge steam trains, made £65. The line was used by workers at the explosives factory and was closed at the end of WW I. 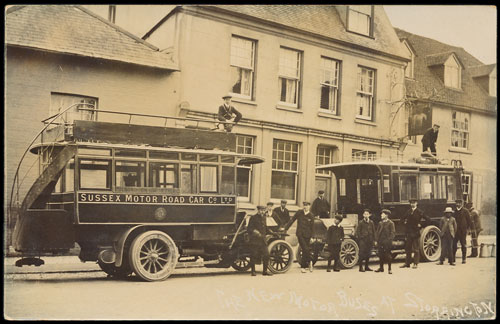 Sussex was well represented by collections. 9 collections were on offer, with estimates totalling £1,220. The total realisation was £2,551. A single RP of 2 motor omnibuses and onlookers outside a Storrington pub made the impressive figure of £100.  Derbyshire was represented by 2 RPs of the construction of Hayfield Dam and Kinder Reservoir, which made £50. 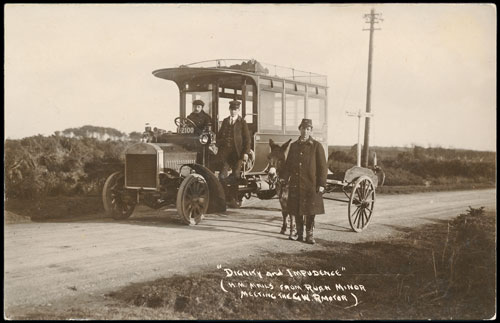 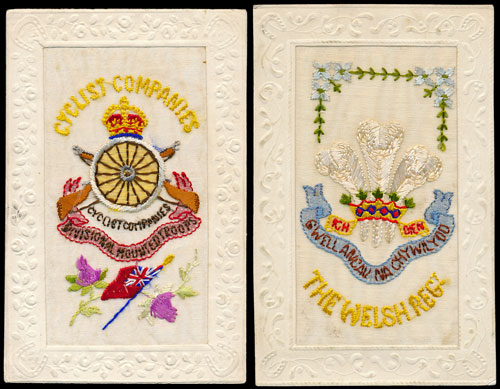 Individual embroidered silks on offer included Cyclists Companies, Divisional Mounted Troops and The Welsh Regt, both of which realised £54.

An unusual collection of fox hunting cards included many appealing social history RPs. The 73 cards were estimated at £350 and realised £678.

The next Warwick and Warwick postcard auction takes place at Warwick on September 16th.