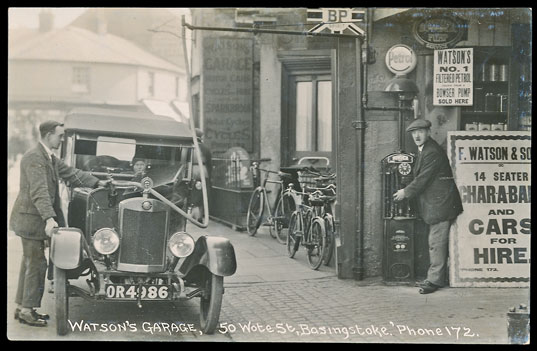 In the singles, a fine real photographic card of a 1920s car at a Basingstoke filling station attracted many bids and eventually realised £118. 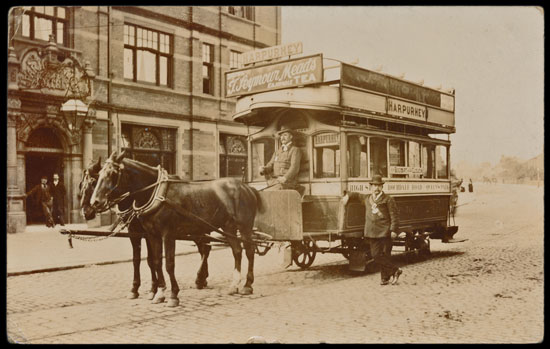 This fine horse-drawn omnibus at Harpurhey, in the Manchester suburbs, realised £47. 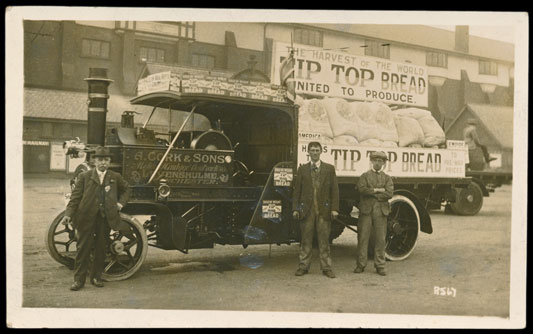 £52 was paid for this Levenshulme, Manchester, steam lorry, with a load of flour.

Amongst the foreign countries,Japan and the Far East sold well.

Suibjects included artist-drawn children, glamour and animals. Results were mixed with Louis Wain remaining a little depressed, but with Tom Browne in big demand. A collection of 183 different designs realised £283. Glamour collections estimated at £440 and £380 realised £1121 and £619 respectively, though individual artists offered separately fared less well. A Christmas collection, in 3 albums, with a good range of Santas, estimated at £300, realised £855.

Shipping was popular again. The most interesting lot was a collection of Kenneth Shoesmith Royal Mail Line cards and ephemera, which was well written up, in 2 albums, and which had recently been exhibited at Belfast City Hall. It was estimated at £400 and realised £973. Perhaps the biggest surprise of the day was the £1032 paid for 5 shoeboxes of printed cards of trams in towns and cities of the British Isles, which had been estimated at £250.