Advertising formed the largest section of Karl’s subject cards. The 5 lots on offer were estimated in total at £950 and realised £1,840. Five collections of politics, including political satire, estimated at £1,520, made £2,366. Aviation, road transport, motor racing and glamour were all popular. This superb poster advert for Fiat cars made £94. 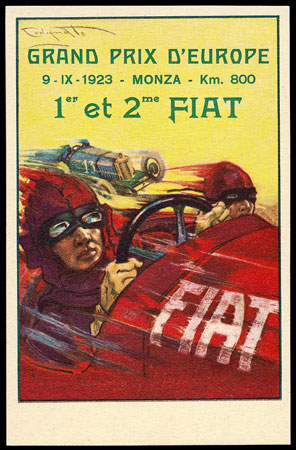 Karl appreciated continental art postcards and especially the Wiener Werkstaetter designs. This Mela Koehler card achieved £448 and another by Maria Likarz-Strauss made £306. 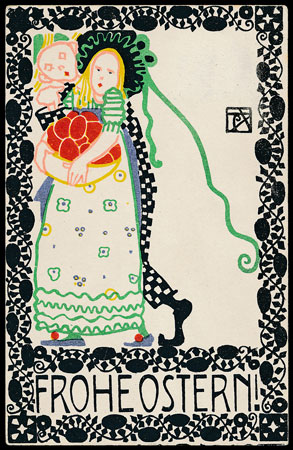 Karl’s Great Britain lots were rich in social history and this accounted for their popularity. A collection of Brighton estimated at £230 realised £649. It included this delightful RP of a 1923 Salvation Army outing to London. 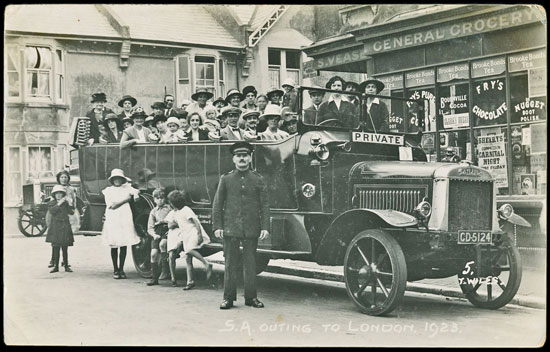 A further section of the remarkable collection formed by Karl Jaeger will be offered by Warwick and Warwick on 20th January 2016.

The sale was not a single vendor sale however and the highlight towards the end of the catalogue was an RP full length portrait of Captain E.J. Smith, master of the “Titanic”, which sold for £413. 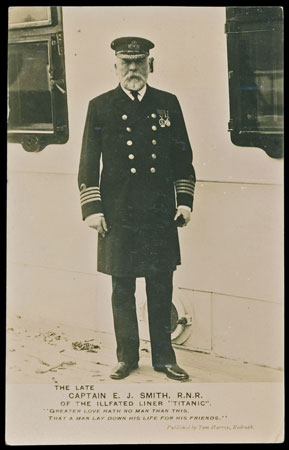