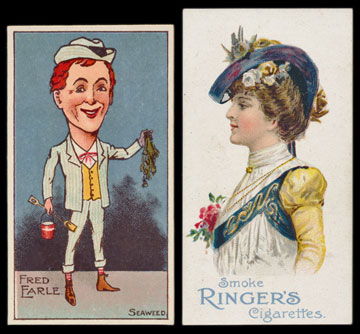 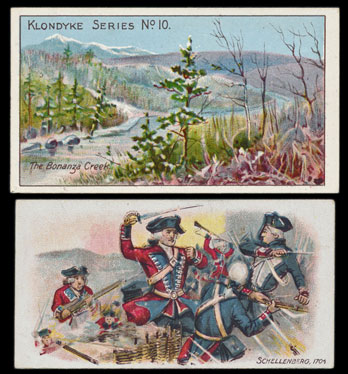 American cards were well represented in the foreign cards section of the sale and some excellent results were achieved. A collection of type cards by Allen & Ginter, Duke, Gail & Ax, Thos. Hall, Kinney and others estimated at £400 realised nearly £750, a lot containing complete and part sets by American Tobacco Co., B.A.T. and others made £1,000 against an estimate of £350 and a collection of complete and part sets by Allen & Ginter, American Tobacco Co. and B.A.T. estimated at £220 realised £590. Individual sets also did well with a B.A.T. Indian Chiefs set in good to very good condition estimated £120 made £177 and a Kimball 1895 Beauties with Playing Card Insets set realised £885 despite one having a crease.

As ever there were many attractive trade card lots on offer. Three lots containing Baines die cut cards all did exceptionally well with the first one containing 101 Rugby cards realising over £1700, another with 29 Football cards making £460 and a range of 15 Cricket cards realising £470. Other highlights included a Chix Famous Footballers 3rd Series set making £212, a collection of Liebig cards estimated at £250 realised over £430, a Primrose Confectionery Yellow Submarine part set of 43 cards estimated at £70 realised £212, a Typhoo Robin Hood and His Merry Men set made nearly £180 and a Whitbread Inn Signs Portsmouth set estimated £70 realised £118. 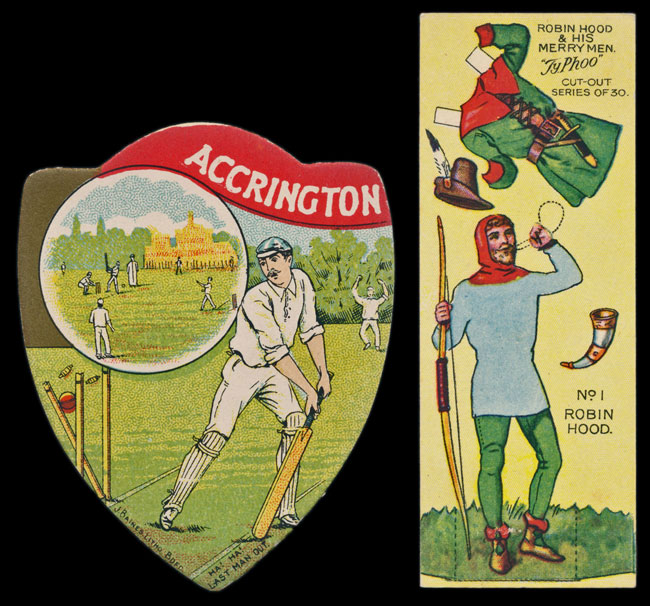 Our next auction is on Wednesday 24th January 2018. We will again be offering an excellent selection of collections and mixed lots alongside an array of British and foreign cigarette card sets. The Trade card section will be particularly strong with an outstanding collection of A.& B.C. Gum cards, Anglo Confectionery sets and many others on offer. Not to be missed.