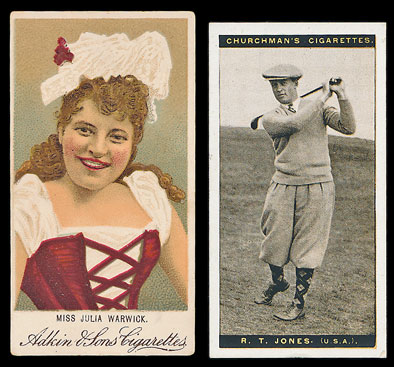 There was a strong range of individual sets and part sets on offer and the highlights included an Adkin Pretty Girls part set of 6 cards in good condition making £114, a Churchman Fishes of the World complete set of 50 estimated £80 realised £180, a Churchman Famous Golfers set made £336 against an estimate of £250, an Illingworth Car Bonnets set estimated £70 realised £96, a Kinnear Jockeys part set of 8 cards achieved nearly £200 despite some faults. There was an interesting Egyptian Studies set by E. Robinson which realised £250 against a £160 estimate, a Salmon & Gluckstein British Queens set (less 2) estimated £100 realised £156, a nice range of 14 Taddy Prominent Footballers London Mixture cards featuring Tottenham Hotspurs player realised £420 and a Wills Scissors Famous Footballers set estimated £220 realised £300. 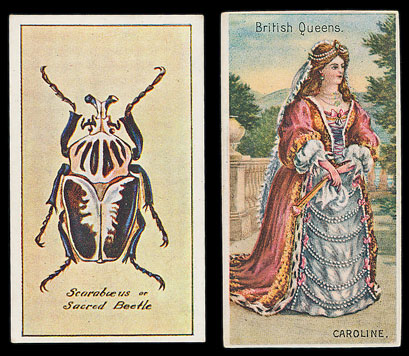 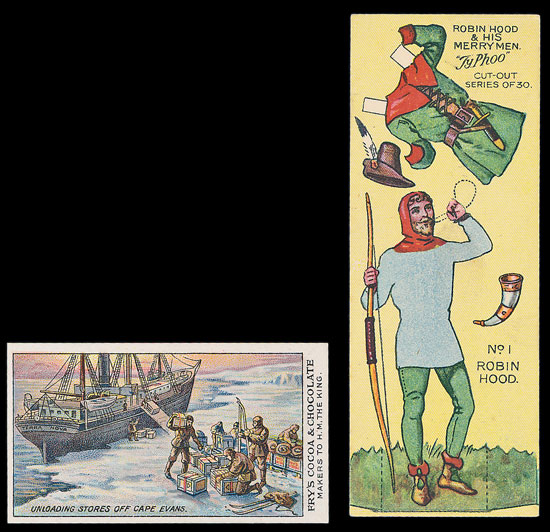 Individual trade sets also did well with a Fry With Captain Scott at the South Pole set estimated £120 realising over £200, a Kiddy’s Favourites Popular Cricketers set minus No.48 estimated £60 made £84 and a Typhoo Robin Hood and His Merry Men set sold for £114 despite one being creased.

Our next auction is on Wednesday 22nd January 2020. We will again be offering a large selection of collections and mixed lots alongside an array of British and foreign cigarette card sets as well as a selection of trade cards. Included will be a good range of American cards with an interesting range of celluloid and pin badges.