This sale contained 140 lots of medals and militaria.

Lot 9 was an 1803-26 Army of India Medal with single Ava clasp to Gunner N Thompson Artillery and which just beat the estimate of £800 selling for £1091 to a telephone bidder. 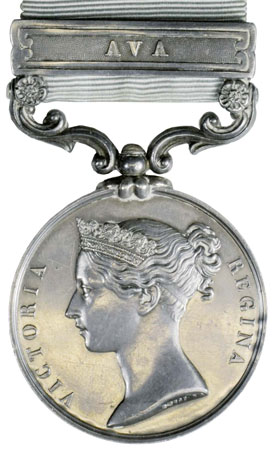 Lot 14 was a scarcely seen 1818-55 Arctic Medal. These medals were issued un-named, but sometimes are found with the recipient’s details engraved on the medal. This medal was neatly engraved J. McCreadie who had served on HMS Hecla on William Edward Parry’s expedition in 1827 to try and reach the North Pole. The landing party proposed to man-haul boat sledges, but due to the slow southern drift of the floes, their progress was slow and in fact some days when moving north for hours, they gained no distance, which must have been demoralising. The highest latitude they reached was 82o 45’N, which was a distance of 172 miles from their point of landing, but they had travelled 580 miles including relaying. This northerly latitude was to remain a record until 1875. The medal had been repaired and realised £914. 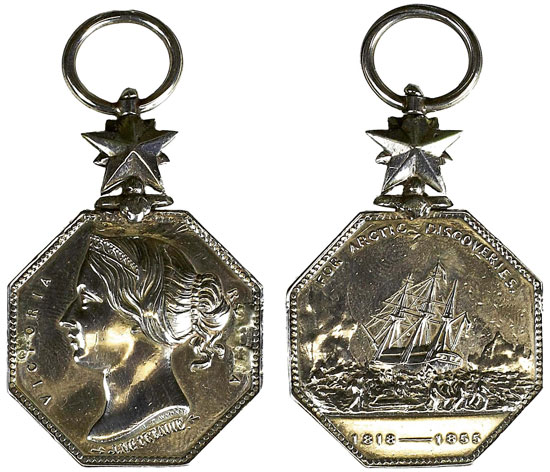 WW1 was well represented as usual and Lot 35, a Territorial Force War Medal group of 4 to Pte Walter Douglas Madders. Hampshire Yeomanry sailed past the estimate selling for £519. 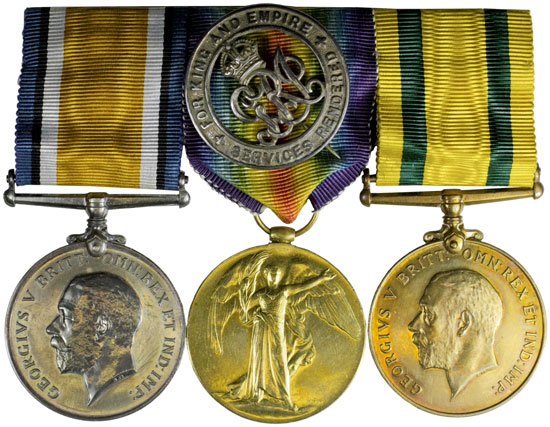 There was 73 lots of militaria including a good range of firearms and edged weapons and Lot 79, an 1868 Model Tranter .450 percussion cap revolver sold to a commission bidder for £1003. 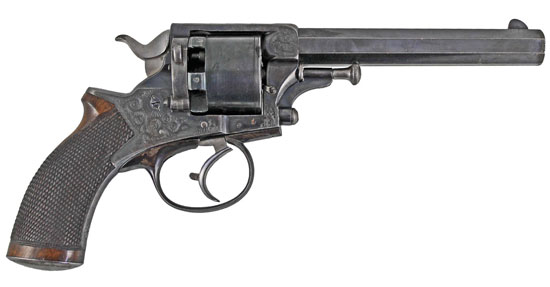 Lot 123 was a Third Reich bronze eagle desk ornament which had the swastika removed, sold for twice its estimate fetching £236. 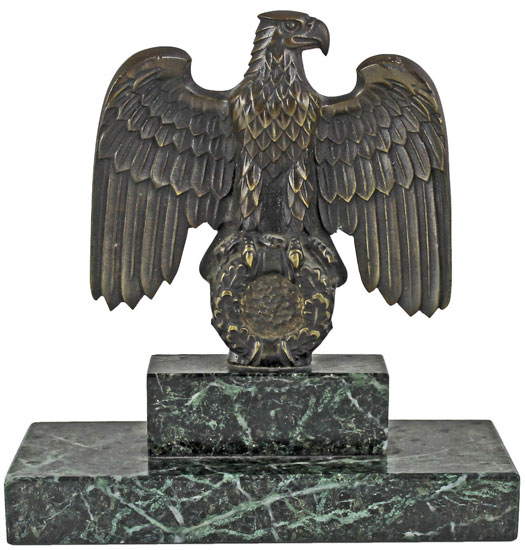