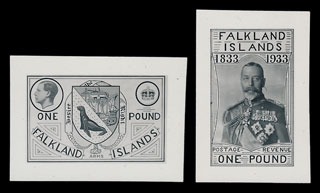 During the 1st World War the German Colonial forces in German East Africa fought a long defensive campaign until in 1917 the Allied Forces took the area that later became Tanganyika. When the area came under civilian control stamps from East Africa & Uganda were overprinted with ‘G.E.A’ for usage. The auction included a 1917-21 ‘SPECIMEN’ set which sold for £408. A used set to 50r sold for £990 and a mint set for £630.

An extensive collection (over 1200 items) of world forgeries & proofs described as ‘ranging from the crude to the dangerous’ attracted a lot of interest. From an estimate of £650 the lot achieved £1,560. 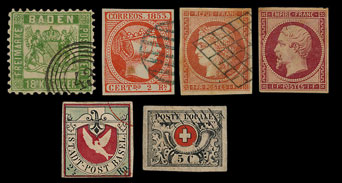