The 1935 Silver Jubilee 2½d in Prussian Blue colour has become an iconic stamp for collectors. A rarely seen example was included in the auction, it came with an expertising certificate and reached £5,900. 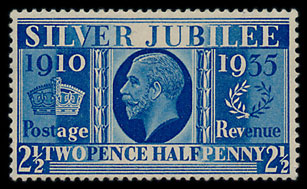 In the British Commonwealth section a range of Cayman Is lots sold very well (you can read more about these lots here). The most eye catching item, a Rural Post unstamped cover, reached £740. 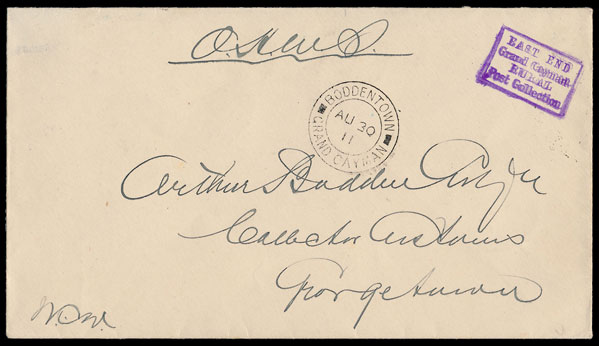 The Foreign section of the auction included a very unusual 1911 envelope sent from Tibet to Peking using a colour combination of 7 stamps. The cover was offered at £300 but was eventually knocked down for £3,300.