A spectacular example of an India 1854-5 1st printing 4a attracted much interest in the February auction. With an auction estimate of £150, the particularly large stamp went on to sell for £1,320 despite some evident faults. 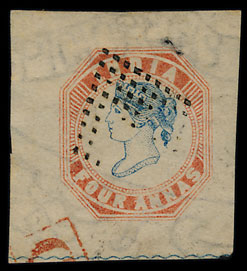 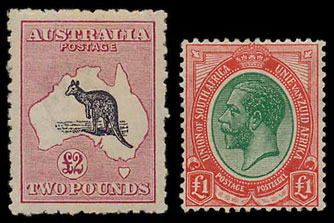 A pair of covers with the Trengganu 1922 Exhibition set to $1, each stamp tied with a cds cancel and some with overprint varieties sold for £336. 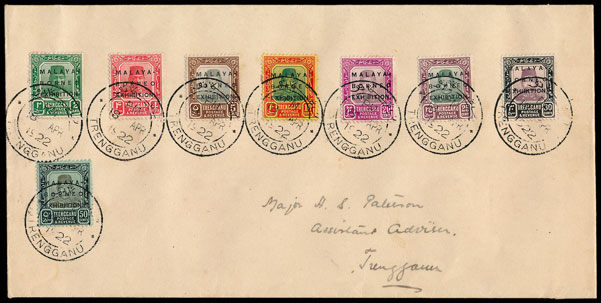 The modern errors market is undergoing some changes at the moment with many catalogue valuations being heavily reduced to a more realistic level. It was still surprising that a 2003 imperforate Fruit & Veg sheet, with claims to being unique, failed to find a buyer. The sheet is one of only 7 known imperforate and is said to be the only one still in its cellophane cover. 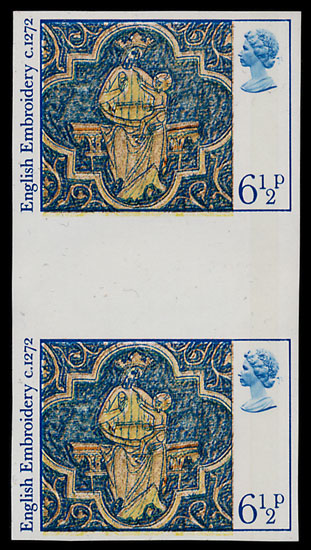 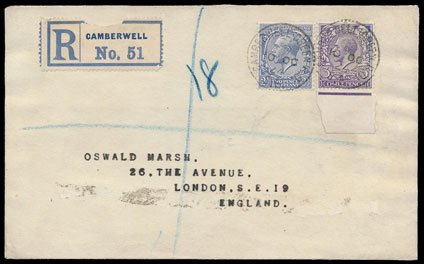 An 1883-6 Government Parcels official 6d in block of 4 with additional SPECIMEN overprint achieved £550. 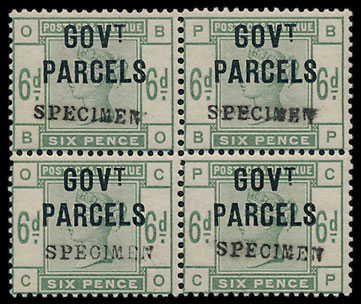 An 1868 envelope sent from the Netherlands and addressed to ‘Lady Napier’ in Madras via Marseilles, with various cancels & receiving marks reached £336. 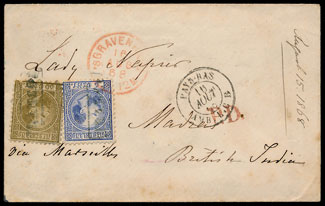