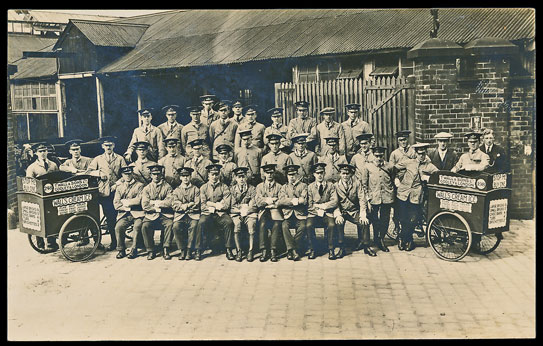 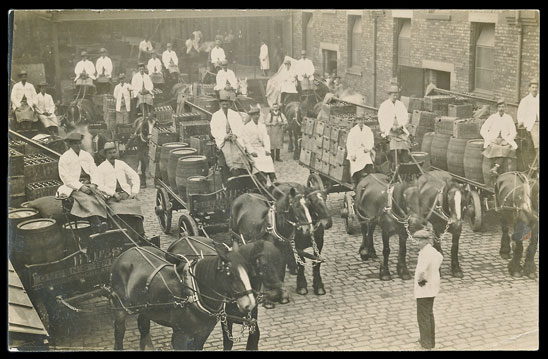 The Queen’s Brewery yard at Hyde featured no less than 10 horse drays and drivers and this fine RP made £88. 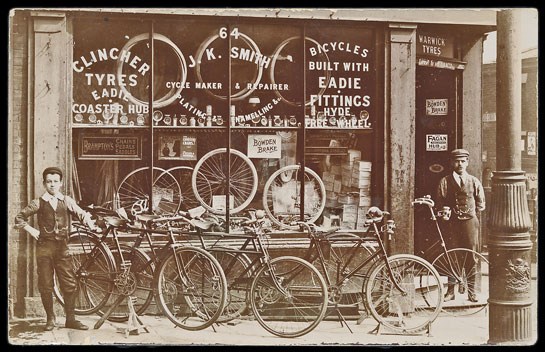 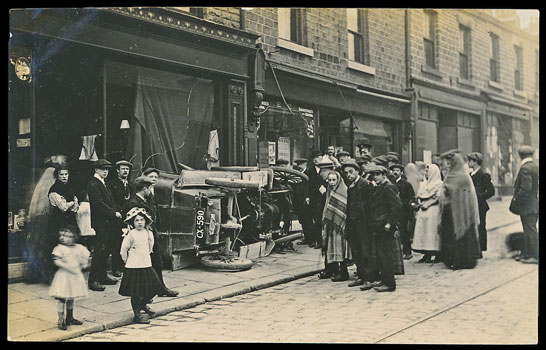 A Glossop 1913 motorcar accident on Station Road featured an overturned car with a Huddersfield registration. This fine RP made £77. 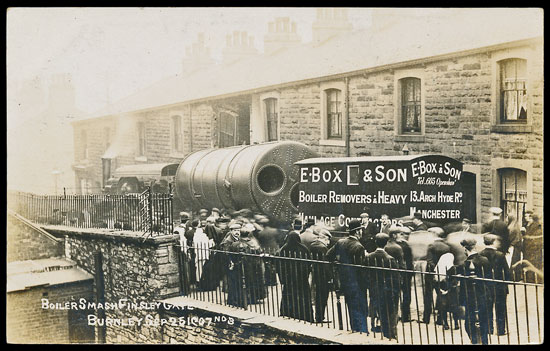 In 1907 a traction engine towing a large boiler on a trailer crashed into a terrace of houses at Finsley Gate,Burnley. An RP of the accident made £112. 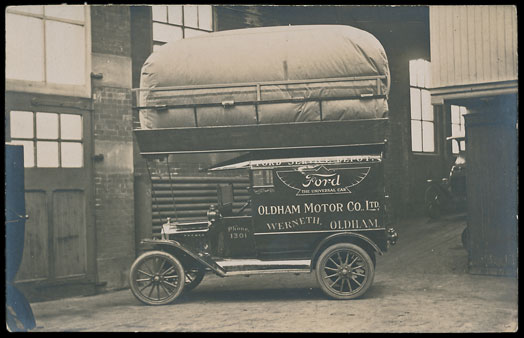 During World War I the Oldham Motor Co. converted their Ford van to run on gas, which was stored in a large sack on the roof rack. This RP card probably shows the van at their Werneth works. It realised £94.

The second part of this dramatic Greater Manchester collection will be offered in Warwick and Warwick’s 18 January 2017 auction.

Elsewhere in the sale, a comprehensive collection of Picturegoer film stars was very popular. They were offered as 5 lots, divided alphabetically, with estimates totalling £2,370. The final result was £5,841, or £1.40 per card. The Picturegoer Film Stills series realised more, at £1.89 per card.

The best result of the day was the £5,310 paid for a collection of approx 650 RPs, with postcard backs, of traditionally rigged tall sailing ships, which included 16 shipwrecks. The cards were all apparently different and unused.