The sale opened with the collections and mixed lots. As usual these lots proved popular with some achieving outstanding prices. A lot containing part sets from Ardath, Burstein Isaacs, Cohen Weenen, Drapkin and others was estimated at £350 and realised nearly £600, a range of sets by Hignett, Player, Wills and others estimated £350 made £620, a lot including a good range of football sets by Churchman, Drapkin, Gallaher, Mitchell and others realised £620 against an estimate of £320 and another lot with strength in football sets by Carreras, Hill, Gallaher, Ogdens and other estimated £250 realised £over £700. 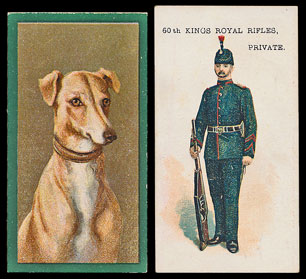 Ranges by individual manufacturers also did well with a lot of Churchman part sets estimated at £250 realising £330, a range of over 1,500 Ogdens Guinea Gold and Tabs cards made and excellent £970 and a range of Taddy type cards in mixed condition estimated at £220 realised over £300. 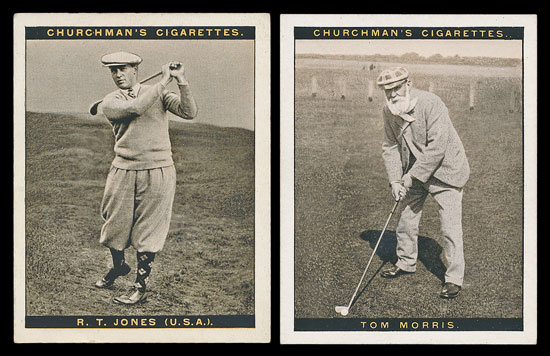 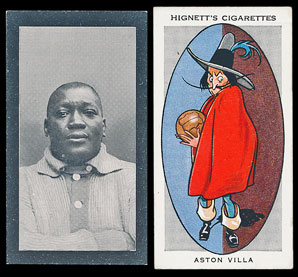 There was a good section of early Wills sets with a Soldiers of the World (P/C inset) set estimated at £280 realising nearly £450, an 1896 Cricketers part set of 37 cards made an outstanding £944 despite some cards in fair condition, a Life of King Edward VIII set estimated £300 realised over £500 despite showing some album corner marks and an overseas Soldiers of the World set of 75 with some faults made £224 against an estimate of £100. A Woods Types of Volunteers and Yeomanry set estimated £250 realised over £420 and an American Tob. Co. Hamilton King Girls range of 23 cards estimated £100 made £180. 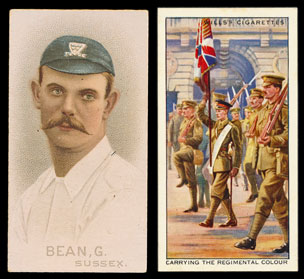 The trade card section of the sale offered some desirable sets. A Brooke Bond South Africa Our Pets set estimated £70 made £100, a Donaldson Sports Favourites Golden Series (Footballers) part set of 51 cards realised an outstanding £1,060, a Donaldson Sports Favourites part set of 209 cards estimated £420  achieved over £500 despite several having faults, a Somportex Film Scene Series James Bond 007 set estimated £180 realised £270 and a collection of Whitbread Inn Signs made over £280 against an estimate of £200 despite many having some toning. 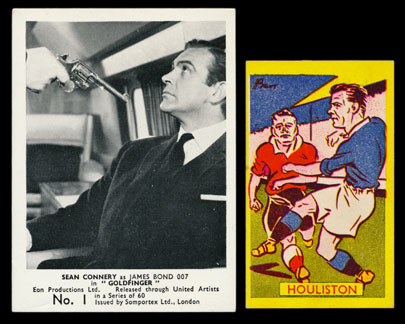 Our next auction is on Wednesday 19th September 2018. We will again be offering a large selection of collections and mixed lots alongside an array of British and foreign cigarette card sets as well as a selection of trade cards.