The cigarette card section of the sale was slightly smaller than usual on this occasion but this was more than made up for by an outstanding trade card selection. The sale got off to a good start with lot 1 containing a range of complete and part sets by Churchman, Mitchell, Ogdens, Wills and others realising £630 against an estimate of £450. A mixed range of cigarette and trade cards by Mitchell, Phillips, Wix, Brooke Bond, Castrol and others estimated £360 realised £432, a collection of complete and part sets by L & B, Phillips, Taddy, Wills and others estimated at £300 made £360 and an interesting selection of football sets by Gallaher, Mitchell, Sinclair and others realised £520 against an estimate of £150. 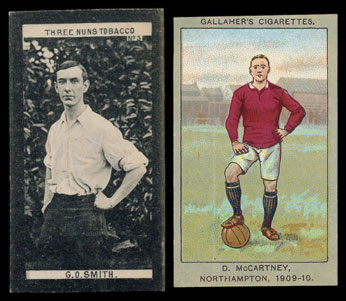 There were some high quality individual sets on offer. The highlights were a Bell Footballers set realising £750 despite 3 having creases, a Gallaher Association Football Club Colours set estimated £200 realised £264 despite 4 having creases and several with corner faults, a range of 7 Rutter Boer War Celebrities cards fair to good and 3 with corner creases was estimated at £40 and made £60, a Smith Football Club Records 1922 set in good condition estimated £150 realised£192 and a Wills Scissors International Footballers Season 1909-1910 set (less 3) estimated at £150 made £200. 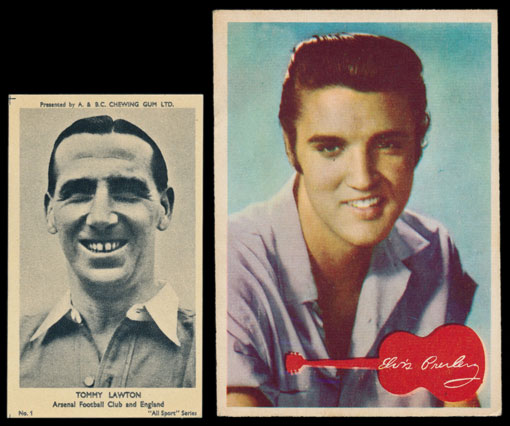 The mixed trade lots again proved popular with many collections selling far in excess of their estimates.cA large mixed accumulation featuring sets by Bassett, Nabisco,  Nestle, Topps and many other estimated £250 realised £564, a range of complete sets by Baker, Wardell & Co., Barkers, Chivers, Typhoo and other estimated at £200 made £432, a large mixed range of sets by Brooke Bond , Coopers, Kellogg’s, Lyons Maid, Topps and many other realised over £500 against an estimate of £180 and another large mixed lot featuring ranges of Rossi’s, Shell, Shipton, Smith’s, Tonibell, Weetabix and many others made £528. 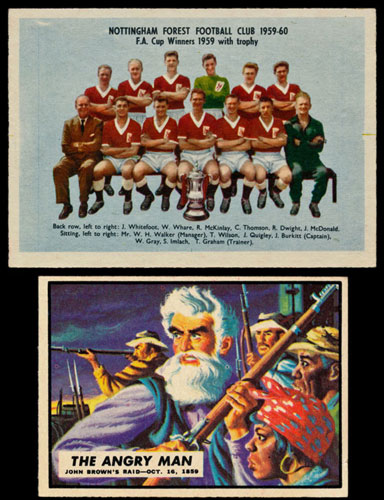 An outstanding selection of A. & B.C. Gum cards started with a mixed lot in 2 albums featuring several football sets estimated at £400 realising £870. Another mixed lot in 3 albums featuring Monkees Hit Songs, Monster Tattoos, Olympic Posters, Superman In The Jungle and other made £990 and another selection of football sets including Football Club Crests, Giant Team Posters and Football Photo’s realised £870. 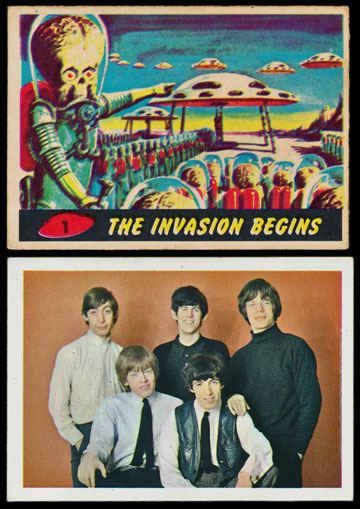 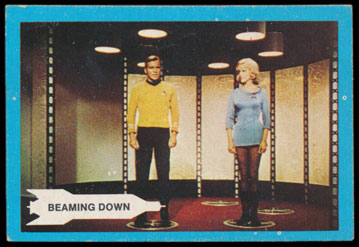 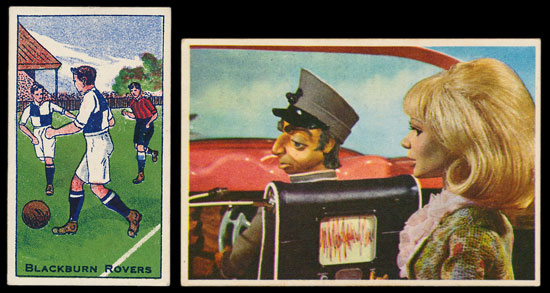 Our next auction is on Wednesday 21st March 2018. We will again be offering an excellent selection of collections and mixed lots alongside an array of British and foreign cigarette card sets and a selection of trade cards.