Sergeant Stephen Frost, Ox & Bucks Light Infantry, 1940 Fall of France Distinguished Conduct Medal group is offered for sale in our 9th December medal and militaria auction with an estimate of £4,000. 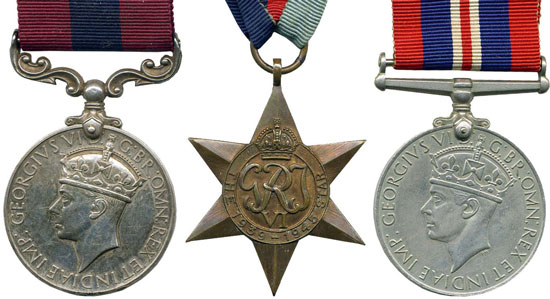 Stephen Frost’s DCM was announced in the London Gazette dated 25th October 1945. He was taken Prisoner of War during the retreat to Dunkirk, possibly in the same action for which he was awarded the DCM, and interned in Stalag 344 in Lambinowice, Poland. It is unclear which battalion he was with. The 1st Bn was heavily involved in the Battle of Ypres-Comines Canal 26-28 May and suffered 300 casualties. The 4th Bn was encircled and overwhelmed at Watou. The 1st Bucks Bn (Ox & Bucks) made a heroic stand at Hazebrouck against the 8th Panzer Division on 27/28th May being eventually overwhelmed and 336 men being taken POW. It is likely the DCM was for 1 of these 3 actions. This group is offered together with a copied photo of his headstone in St Botolph churchyard, Newbold on Avon which reads “In loving memory of Stephen Frost D.C.M. born 1/5/1911. He served in India, Burma and France, for 5 years. He was a P.O.W. in Germany returning home in 1945 to spend many happy years. Passed away 31/7/93.” 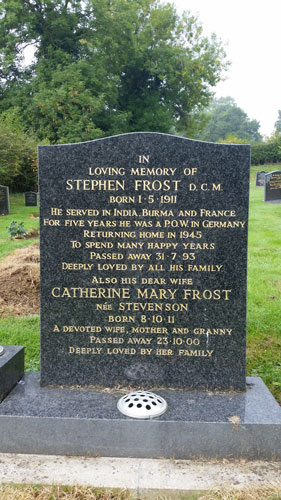