There is a 1941-42 Malta Blitz George Medal group to Gunner Bernard Allen Ridgway, Royal Artillery, estimated at £2,000, in the Warwick and Warwick 10th December 2014 auction. 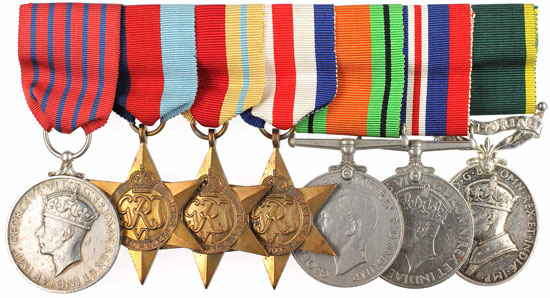