Marine Lewis Lockwood’s 2010 Afghanistan Military Cross group is offered for sale in our 19th October medal and militaria auction with an estimate of £12,000. 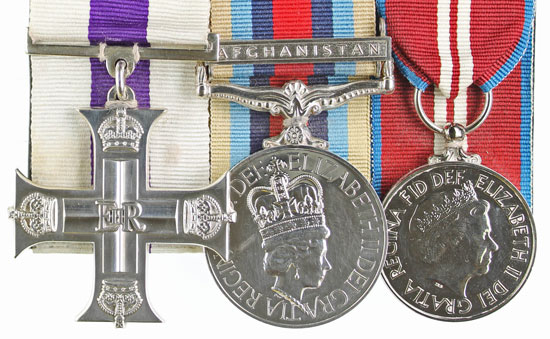 Lewis Lockwood was born on 19th February 1982, enlisted in the Royal Marines on 26th October 2006. On completion of basic training, he was posted to 40 Commando in July 2007, and completed a 6 month tour of Afghanistan on Op HERRICK 7. In March 2008 he completed 9 weeks training as an Assault Engineer. In summer 2009 he completed his jungle warfare training course in Brunei. In April 2010, he deployed on his second tour of Afghanistan, this time as a principle assault engineer in a team responsible for conducting daily security patrols and it was in this roll he was awarded the MC. 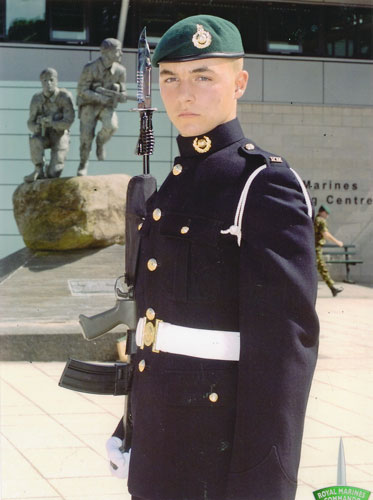 Marine Lockwood was the lead point man operating the Vallon metal detector on a patrol into an infamously hostile zone, which was routinely saturated with IEDs. Lockwood's patrol was ambushed by accurate and sustained enemy fire as it cleared a tree line and he was hit and knocked to the ground, the bullet passing through the side of his body armour and ricocheting off his weapon into his left hand. Rather than seeking cover or aid, Lockwood leapt into a position where he could return fire, fighting to regain the initiative and allow the patrol to withdraw out of danger. He refused to forsake his responsibility as lead man, swapping the Vallon over to his uninjured hand and despite the significant pain and shock of having been shot, calmly lead his patrol out of danger. Lockwood carefully searched for buried IEDs and remained focused, knowing any mistake would prove fatal. As Lockwood led the patrol out of one ambush, another enemy position began to fire at them from the very direction they were heading in. Yet Lockwood with tremendous composure and gallantry under fire, pressed on as this was the patrol's only route to safety. With only one hand, Lockwood calmly cleared and marked the route around no less than seven suspected devices, only allowing treatment and evacuation to hospital when he was assured of the patrol's safety. Lockwood under the most testing and stressful of conditions, with complete disregard for his own injuries and safety, courageously executed his duties.

He was presented the Military Cross by Her Majesty the Queen at an investiture at Buckingham Palace on 28th June 2011.

On his return from Afghanistan, he was posted to the Commando Training Centre where he taught Royal Marine recruits basic field engineering. In 2012 he was posted to 45 Commando in Arbroath, and during the winter, deployed to Norway as an Arctic warfare instructor. His last posting was in June 2014 to the Commando Logistic Regiment and he was discharged on 26th August 2016.