An Interesting Lot from the Girling Postcard Sale.

The 5th part of the fabulous and valuable collection of postcards formed by the late Brian Girling comes up for auction on November 15. This part is very strong in London. Lot 165 comprises 5 real photographic cards of the Royal Albert Docks 1912 strike. They were published by G.L. Shotter of 340 Barking Road.

In May 1912 tailors from the West End of London were on strike for better piece rates. A German immigrant anarchist, Rudolf Rocker, persuaded the East End Jewish tailors to join the strike and then turned his attention to the East End dock workers, persuading them to strike also for better pay and working conditions. Three weeks later the tailors won better working conditions and without piecework. By this time the striking dockers were starving and the Jewish tailors took in 300 of the children of the dockers and fed them.

A proposed visit by King George V to turn the first sod in the extension works to the Royal Albert Dock had to be cancelled and the extension work proceeded without the royal ceremony. The striking dockers were effectively starved into submission and they returned to work on July 27 1912. 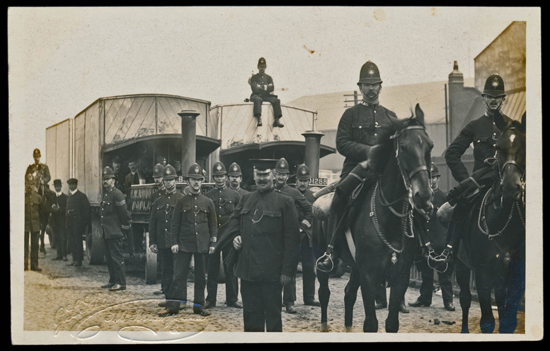 Two steam lorries of a Poplar contractor, loaded with imports from the docks, are being escorted by the police past the pickets, though the latter are not visible on this photo and the scene looks remarkably peaceful. 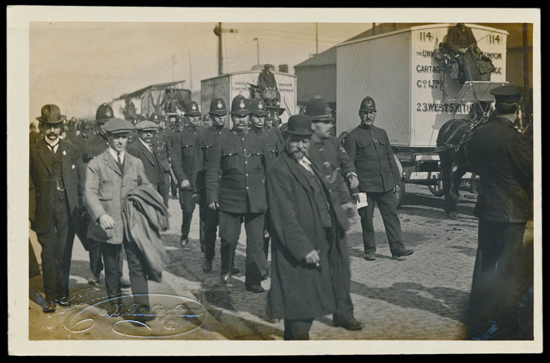 A series of horse-drawn vans are escorted by the police inside the gates of the Royal Albert Dock. 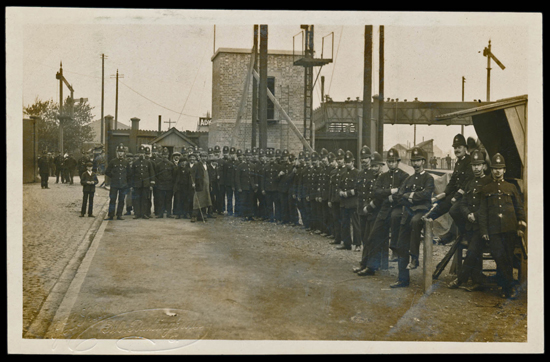 Police line up inside the Royal Albert Dock, waiting for escort duty. There is a railway platform in the background. 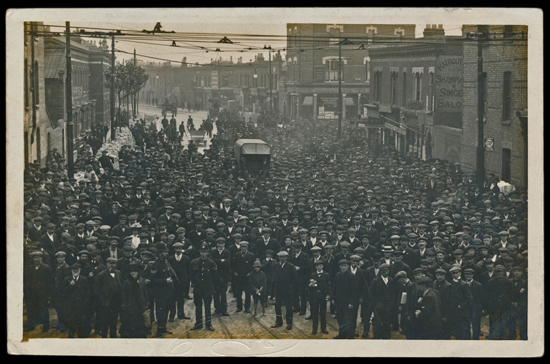 A vast crowd of striking dockers with 2 policemen in the foreground, at the corner of Peter Street. 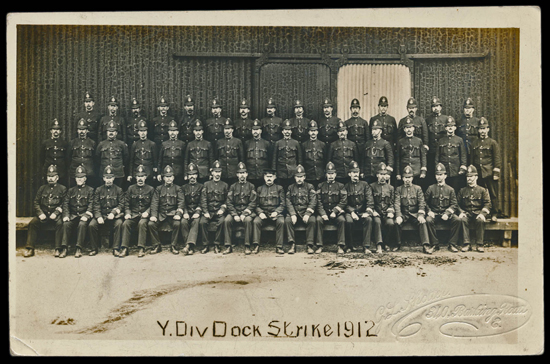 Y Division of the Metropolitan Police find the time to pose for a group photograph, with dock warehouses in the background. The sender of the card is one of the policemen on duty. He states “Am down at the docks on strike business. Have been here since Whit Monday. Have had quite enough of it – 17 hours a day.”