Sometimes valuing a stamp collection involves seeing beyond the obvious and digging around to help stamp identification. While going through a mixed box of items I came across some postcards that seemed worthy of further investigation. 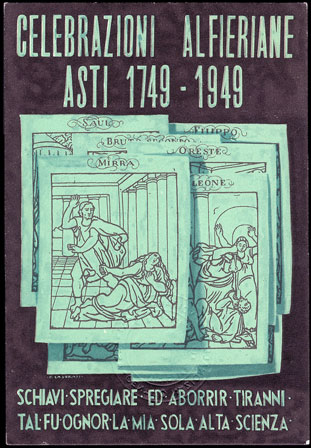 In 1949 the Italian Post Office issued a 20 lire stamp commemorating the birth bicentenary of Vittorio Alfieri, poet & writer. In his home town Asti, the committee organising celebrations of all matters Alfieri, printed a limited issue of special numbered postcards, which were franked with a special celebration cds and also an embossed cachet. Most of the cards found in this box have the first day of issue cancel (4th June 1949), though a few are dated a couple of days later. 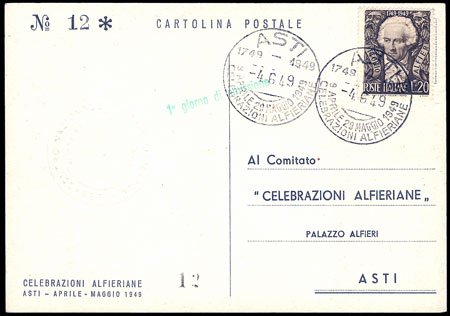 No doubt, shortly after the war and with the fame of their local son, the celebrations in Asti went on long into the night, so it’s a pleasant thought that these interesting cards can throw some light onto an event many years ago.

They will be offered as a lot in our February stamp auction.