While sorting through a very large accumulation being prepared for our next stamp auction, I came across an unusual collection of Cinderella issues from Drake’s Island in Plymouth Sound.

The first stamps were issued in 1973 when the island was being used as an adventure centre, so young visitors could keep in touch with their families. There is no Post Office on the island so the letters are transported to the mainland and posted so normal GB rates of postage had to be put on letters in addition to the special Drake’s issues hence the Cinderella status.

The collection has mint examples of the first issues and later commemorative issues, also covers bearing only the local issues cancelled on the island for collectors with special event cachets and covers bearing both island and mainland issues.

Although not a valuable collection, there is a lot of history in these local issues. 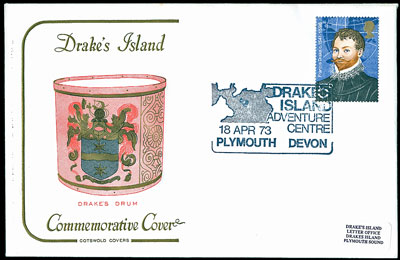 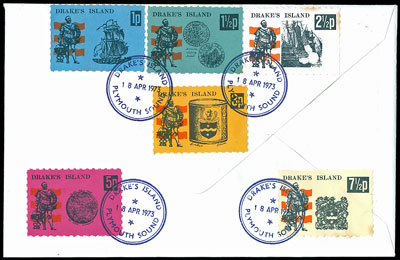