One of the oldest hollowcast model soldier manufacturing companies in the world William Britain began production in 1893. He perfected a new form of hollowcasting which reduced the metal content of the model and thus reduced the cost. This enabled Britains to compete and even outperform the German manufacturers who had largely dominated the market until that point.

Though the company has changed hands several time over the years and production is no longer based in the UK, Britains as a brand is ever popular with thousands of members of the Britains Collectors Club from all over the world.

Lots 376 to 400 in our 20th July auction offer range of Britains Soldiers lotted as both collections and as individual sets.

Highlights include this The Life Guards and 4th Hussars set No. 50, which is estimated at £150. 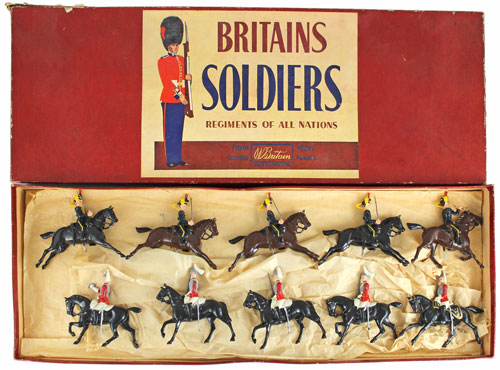 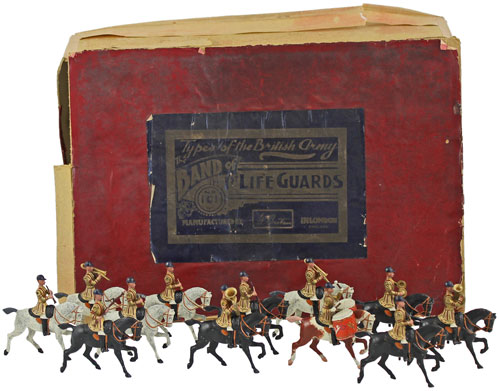 The full 20th July 2016 auction catalogue  is now available. You can keep an eye on our Twitter and Facebook accounts which will include updates of our latest auction news.

Are you thinking of selling your toy collection or perhaps part of it? Would you like us to value your collection of toys and give you advice on how best to market it? Visit our selling page for more information or call us on 01926 499 031 and ask to speak to one of our experts.