The second part of the famous stock and collection of the late Brian Girling was offered in the Warwick and Warwick sale of May 17. Estimates for the 180 lots on offer totalled almost £61,000. Only 5 lots were unsold and the total hammer price achieved was almost £93,000, producing a total realisation, including the 18% buyers’ premium, of close to £110,000. Lots were fiercely contested and the best results were obtained in the topographical collections. The highest realisation was £7,198, realised by a collection of around 250 cards plus photos of London. 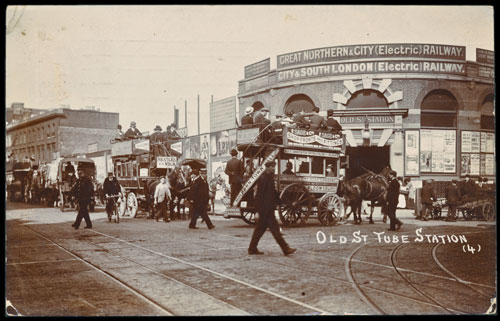 This animated RP of Old Street tube station was one of the 250 or so cards in the lot of London cards which achieved £7,198 in the Warwick and Warwick auction. It was from the late Brian Girling’s collection. 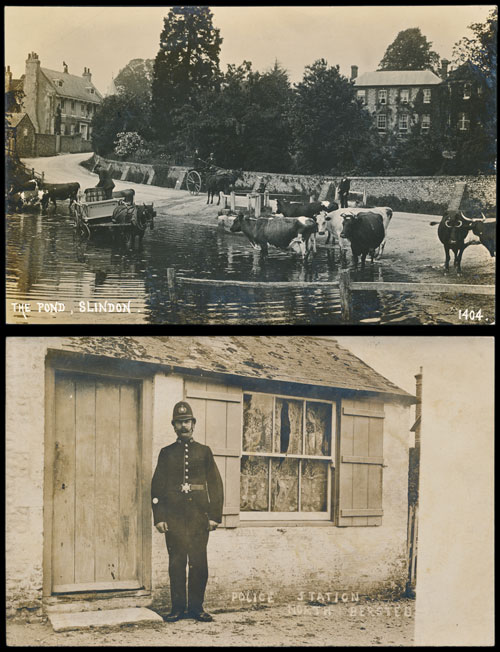 These 2 delightful rural RPs, one of the pond at Slindon and one of the police station at North Bersted, were part of a Sussex collection, from the Girling collection, which realised £4,012. 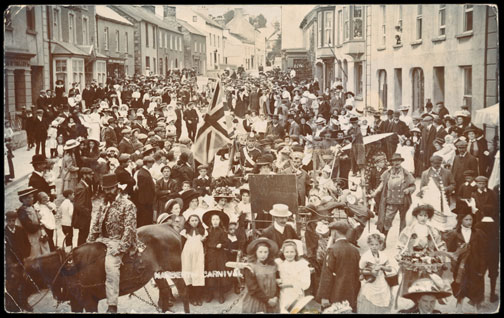 Although the Girling collection was strong in south-east England, Brian also collected other areas and this well-animated RP shows the Narbeth (Pembs) carnival. It was part of a collection of 120 Welsh cards which made £590.

The Girling foreign collections were also very well received, the best results being £1,652 for a collection of 550 Malaya and £1,180 for a collection of 300 Hong Kong. Other areas selling at figures way over estimates were Australia, Falkland Is., Labuan and Borneo, Middle East, New Zealand, Pacific Islands and Cyprus.

A further section of the Brian Girling collection will be offered by Warwick and Warwick in the sale of July 19 and will include further offerings of his London cards.

Other vendors’ properties also did well in the auction. Lot 1 was a dealer’s stock of GB topos, estimated at £900. The 2,100 cards sold for £2,478. There were many lots of Dorset cards on offer, which tended to underperform, compared with offerings from Essex, London, Devon, Somerset and Suffolk, all of which were selling at figures well in excess of estimate. In the subjects section, advertising and animals were popular, though Louis Wain results were disappointing. Military and military art were as popular as ever: 25 Gale & Polden “Soldiers’ Pay” realised £389 (£15.57 each)! A good football section saw 30 RPs of Spurs players, including 19 signed, realise £531. 4 Spurs team RPs made £271 and 7 Spurs comic cards by Jones Bros made £189.