Part 3 of the remarkable collection and stock of postcards accumulated by the late Brain Girling went under the hammer at the Warwick and Warwick auction on July 19 and achieved results as good as those achieved for the previous offerings. All 156 lots on offer sold, the majority at figures in excess of estimate. GB topos were well represented, especially London and suburbs, where a collection of 335 trams, estimated at £2,400, realised £6,785, a collection of 250 Marylebone, estimated £1,550, realised £7,375 and 700 Paddington, estimated £3,000, realised £3,776. A collection of 260 RPs of Kensington, published by Walker & Bell included several suffering from over-exposure and was estimated conservatively at £850. It realised £3,540. Other areas in demand included Beds, where a collection estimated at £1,500 made £3,658 and Hants, where a collection of 360, estimated £1,700, made £3,894 and Herts, where 550, estimated £2,000, made £4,838. Of the social history and topo RPs offered individually the highest realisation was the £200 paid for a family of Lamberhurst (Kent) gypsies and their wagon. Another single in demand was an RP of coal scavengers at Grendon, near Atherstone (Warks), which realised £100.

Brian’s foreign collections sold well above estimate, with £2,832 being paid for the most valuable (estimate £900). Brian’s subject cards also did well, though bidding for these was less frenetic. The best result for a single card was £224 realised by Harry Houdini in handcuffs, by Rapid. Railways were also very popular, but less so sport.

The properties of other vendors in the sale also sold well and included a large collection of Cornwall, broken into 25 lots, estimated in total at £7,080, which was the feature of an article in the July issue of Picture Postcard Monthly. All the lots sold and the total realisation was £11,488, a reflection of the quality of the cards on offer. Elsewhere in the sale was a significant section of Ross-shire in Scotland. It included an important archive of 283 RPs published by Dingwall photographer FW Urquhart. Estimated at £950, this rare collection attracted a lot of interest and eventually sold for £2,596. 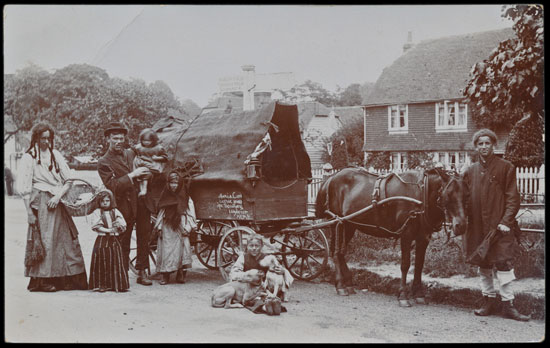 This wonderful RP card of a family of Lamberhurst (Kent) gypsies realised £200 in the Warwick and Warwick July auction. 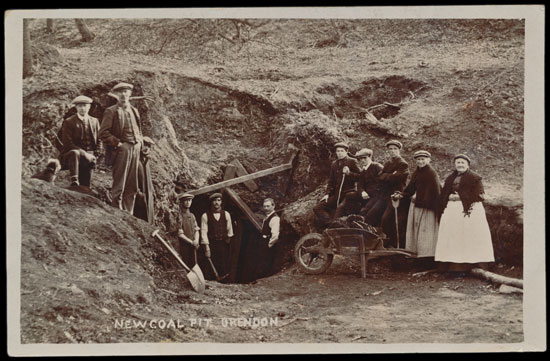 Coal scavengers are depicted on this RP card from Grendon, near Atherstone, in north Warwickshire. Estimated at £50, it made £100 in the Warwick and Warwick July sale. 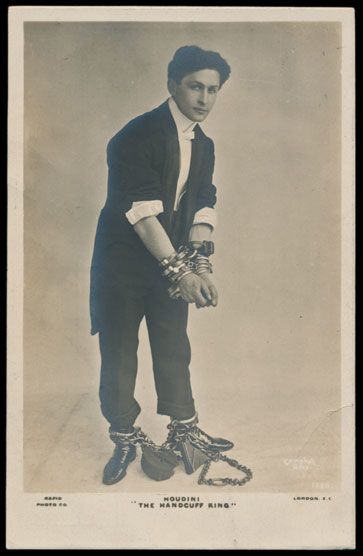 Harry Houdini, the escapologist is always in demand and this Rapid card realised £224 in the recent Warwick and Warwick auction.