A treasure trove China stamp collection that has been kept in the same family but lain untouched for decades is being offered by Warwick & Warwick in their May stamp auction.

The family have had connections in China since 1860 and it is thought that the collection was assembled by a member of the family living in Shanghai in the late 19th & early 20th century. The astute purchase has provided a windfall for the descendants who suspected that the collection was good but were not aware of its true value until it was appraised by Warwick & Warwick.

Senior valuer Joseph Cottriall said that he felt a little like Howard Carter re-discovering the tomb of Tutankhamen when he opened the album and immediately realised the value of the contents. He said that ‘China stamps have been very popular in recent years and rare material from this era is very sought after. The fact that it has been passed through members of the family and finally seen the light of day is amazing and finds like this make my job very enjoyable’.

The collection which will be offered in 8 lots in the May auction includes:- 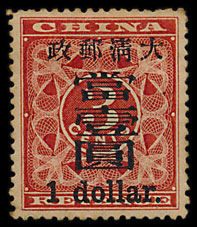 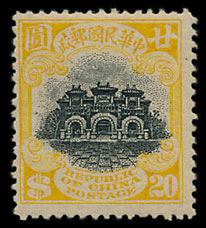 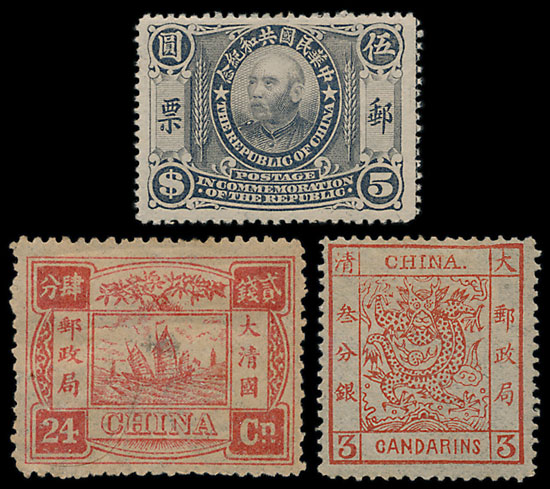 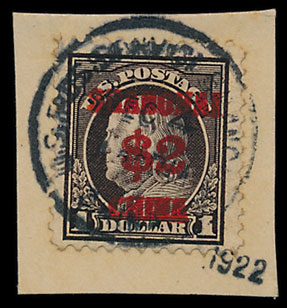 Foreign Post Offices in China including US Postal Agency in Shanghai 1919 $2 on $1 surcharge doubled.

Chinese stamps have been very popular at recent Warwick & Warwick auctions and often sold for spectacular prices. In the March auction a PRC collection sold for £30,700, well above the catalogue estimate of £20,000. In February a collection covering 1885 to 1979 and estimated at £4,000, sold for £6,800.