Warwick and Warwick have been instructed to sell the very fine collection of postcards assembled by the well-known collector, Karl Jaeger of Bath. Karl has judiciously assembled his collection over a period of 20 – 30 years, always with an eye to quality and condition. His collecting themes have been wide, but he has always sought out the very best and rarest cards available, supplementing each collection with ephemera such as lithographs, book plates and ocean liner ephemera. 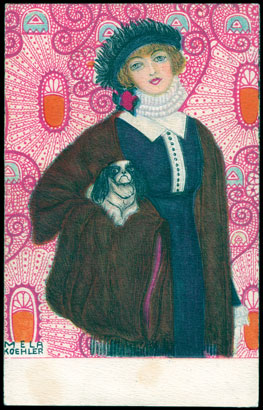 Karl’s subject collections include animals and his 12 volumes in this category are full of individually valuable artist-drawn cards. He has collected several from the famous Wiener Werkstaetter, as well as renowned French, German, Austrian, Japanese and other artists. Further categories in the subject section of the auction are ethnic, agriculture, industry, fashion and soap. Many of these are rich in poster adverts. His collection of Russian art cards, estimated conservatively at £1500 - £2000, fills 3 albums and includes many artists who designed cards for the Red Cross. There is also a superb 2 volume collection of the Russo-Japanese War, rich in political satire, with cards from France and Japan. 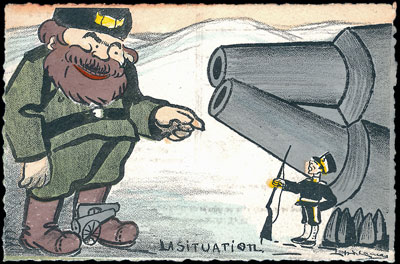 His collection of foreign countries forms a strong section of the auction, with single lot collections on offer from many of the smaller states in Central and South America and North Africa. His collection ofAlgeriaruns to 14 volumes. Asia is well represented, as are Western Europe, West Indies and North America. Many of the cards have significant individual value, either because of the desirability of the artist, or because they are real photographic cards important for the social history they depict. Karl’s Pacific Islands collection fills 4 volumes and includes many very rare cards. It is to be offered as one lot, estimated at £1300. 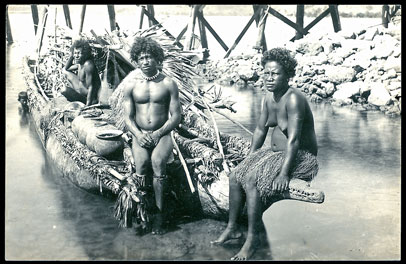 Karl did not collect British topographicals, with the exception of his home city ofBath. His single volume collection is full of social history and carries an estimate of £600.

Auctioneer Colin Such stated, “This is one of the finest collections of postcards I have ever had the pleasure to describe. Every single card in every single album had to be investigated and valued. None of the cards present could be described as common. The wonderful condition throughout is an added bonus.” The sale takes place on Wednesday 19 November and the catalogue will be online shortly.