Portrait of a monarch appears on a banknote for the first time.

Banknotes have been produced by the Bank of England since the 17th century but unlike British coins, a likeness of the reigning monarch had never appeared. It was announced in July 1956 that Queen Elizabeth II had given permission for her image to be used on a new series of banknotes.

On 17th March 1960 the first £1 notes showing Elizabeth II were made available for everyday use, followed a year and a half later by the 10 shilling note. In 1963 the £5 note appeared and in 1964 the £10 to complete the transition. The £5 and £10 notes were designed by Reynolds Stone, in a similar style to the Austin notes. Interestingly Stone used his daughter as the model for the child Britannia on the reverse of the £5. 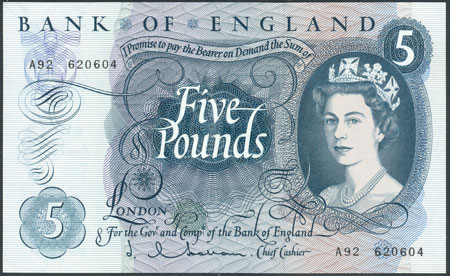 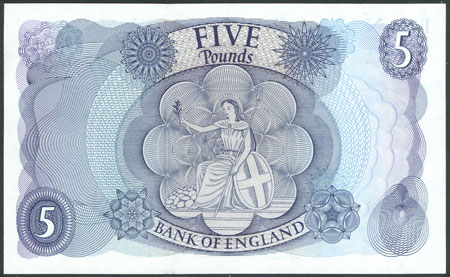 Whilst not an expensive banknote to purchase, it does offer the chance to own a small piece of banking history.

For other interesting banknotes click here for our 10th December 2014 Banknote Auction catalogue or keep an eye on our Twitter and Facebook accounts which will include updates of our latest auction news.

Are you thinking of selling your banknote collection? Please feel free to contact me for advice either by calling 01926 499 031 or emailing me at jill.smith@warwickandwarwick.com. I look forward to hearing from you.