Royal Mail first introduced the Post & Go labels in a self-service machine, located in a Bristol Post Office in 2009. The Wincor Nixdorf machines were then rolled out to larger Post Offices around the country. In 2010 the machines were modified to be able to print the pictorial Post & Go stamps and so a new area of philatelic interest was created.

Since then the variety of issues and categories have mushroomed, giving collectors a complex and widening choice of interest.

At Warwick and Warwick we have seen an increasing quantity of the Post & Go stamps coming onto the market and our October stamp auction includes a very fine collection, with examples of some of the more collectable issues.

The 2010 Birds of Britain was the first of the pictorial issues, and were issued in a presentation pack. 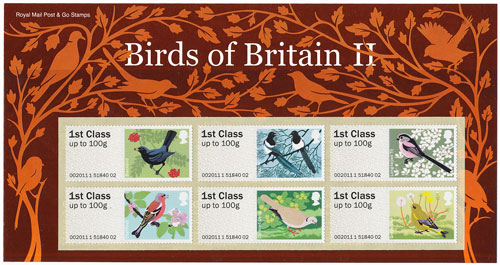 The 2012 Union Flag issue in a collectors strip with each value.

Since their introduction the Post & Go machines have been taken to various Philatelic Exhibitions, and the stamps often have a special slogan included in the design.

The Post & Go issues are a fast growing area of British philately with prices for rarer items changing rapidly, meaning now could be an opportunity to build a very good collection.

If you have a stamp collection that you would like to have valued, with a view to selling or putting to auction then contact one of our stamp valuation team for more details.