We have been instructed to sell an unusual Queen Anne gold touch piece in our 9th December 2015 auction. 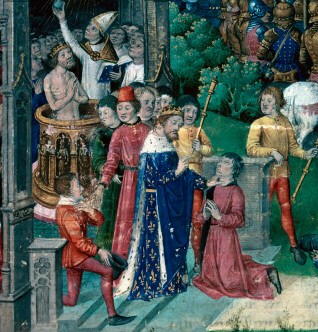 From the middle-ages it was a commonly held belief in England and France that a monarch’s touch could heal the skin disease known as scrofula or the ‘king's evil’. The sovereign was believed to be divinely appointed by God himself and could therefore act as a conduit to cure sickness in their people. Court ceremonies were held periodically for the reigning monarch to lay hands on or ‘touch’ the afflicted to cure them.

Designed to be a curative, a touch piece is a medallion which has been ‘touched’ by a King or Queen in order to imbue the object with the ‘healing powers of God’. 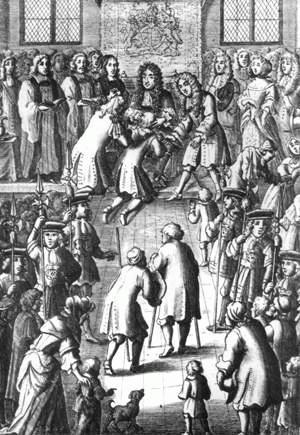 By the sixteenth century the touch piece, first physically held by the monarch, was introduced to hang around the neck of the sufferer allowing the ceremony to still take place but keeping the sick at a distance from the monarch. The medallion used was designed to be similar in appearance to an Angel coin. It shows an image of the archangel St. Michael and is inscribed with ‘SOL DE GLORIA’ or ‘To God alone the glory’ indicating the ultimate source of the cure, God not the monarch.

Lot 428 in our 9th December 2015 auction is this reign of Queen Anne gold touch piece designed by J. Croker. The reverse shows St. Michael slaying the dragon, the obverse shows a ship. It has a diameter of 21mm and weighs 3.03g. It is pierced for use and is graded as fair/fine. 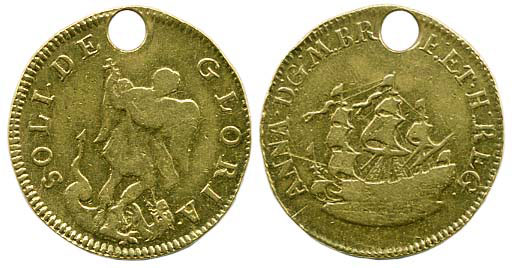