James V was born in April of 1512 to James IV of Scotland and Margaret Tudor, the sister of the English King Henry VIII. After his father was killed at the Battle of Flodden Field on 9 September 1513 James was made king at the tender age of only a year old. After numerous regents and a spell of virtual imprisonment by his step-father, the Earl of Angus, James V became the absolute ruler of Scotland in 1528. He was considered a learned man who played the lute, wrote poetry and was a keen patron of the arts. James V died at Falkland Palace in 1542 and was succeeded by his only legitimate child Mary, better known today as Mary Queen of Scots. 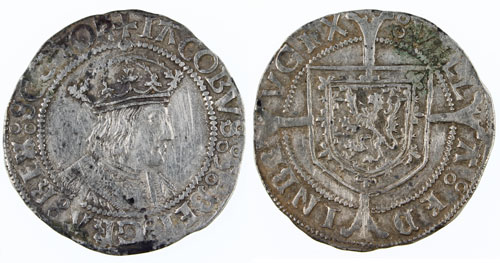 Look out for our full catalogue which will appear on our website in the coming weeks or keep an eye on our Twitter and Facebook accounts which will include updates of our latest auction news.

Are you thinking of selling your coin collection? Please feel free to contact a coin expert for advice either by calling 01926 499 031 or emailing info@warwickandwarwick.com.

We look forward to hearing from you.