Strong Results for part 4 of the Girling Collection

The 4th part of the remarkable collection formed by the late Brian Girling achieved spectacular results in the Warwick and Warwick auction held on 20 September. Of the 122 lots on offer, 121 sold and most of the lots sold at figures well over estimate. Brian specialised in quality postcards of London and its suburbs and spectacular results were obtained in this section.

A collection of about 550 London railway cards, including 120 station interiors was estimated at £3,200 and bidding eventually stopped at a hammer figure of £9,750, making a total of over £11,500 once the buyer’s premium is added in. 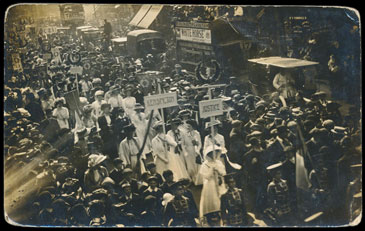 The best result for a single London card was the £283 realised by a 1910 Suffragette procession through south-west London. Kent was strongly represented in Brian’s GB topo section and the 4 general collections on offer, estimated in total at £3,880, realised £8,320.

Amongst the individual offerings, £142 was realised by a posed group of villagers at Towan Cross, near St. Agnes, Cornwall and, still in Cornwall, Bolingey pumping engine and tin mine shaft, near Perranporth, realised £153. 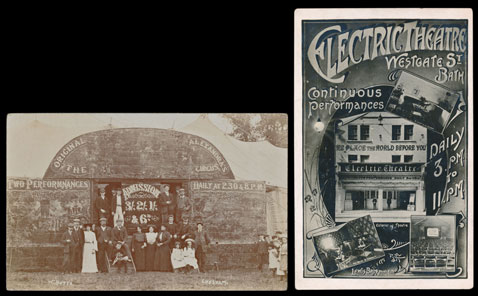 Alexandra’s Circus big top, pitched at Chesham, Bucks., made £142 and a poster advert for the Electric Theatre in West Street, Bath, achieved £88. 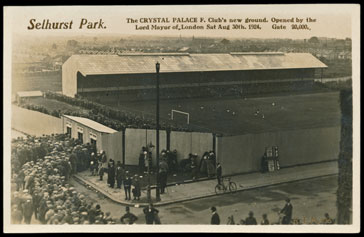 Brian also had a range of subject cards and the best result compared with estimate was achieved by an RP card of the opening of Selhurst Park, Crystal Palace’s football stadium, by the Lord Mayor of London, which made £260.

The sale included lots from other vendors also and 2 collections of Northumberland more than doubled their estimates. A collection of 700 bears was very comprehensive. The estimate of £240 was quickly exceeded and the final result was £678. Harry Payne and Louis Wain remained in the doldrums, the latter’s The Shell Mascot realising only £23. Political satire lots were appreciated, with 2 lots estimated at £650 and £550 realising £1,357 and £944 respectively.

The 5th part of the Brian Girling collection will be offered by Warwick and Warwick on November 15 and it is again rich in London suburbs.