Art Nouveau and Art Deco postcards are amongst some of the most valuable postcards collected, as long as the condition is excellent. Warwick and Warwick have a fine selection of these cards in the auction on March 16.

Art Nouveau was a style of architecture and interior design that started in the last decade of the 19th century. It is typified by swirling vegetation and flowing design lines, often incorporating lilies and heart-shaped motifs. Illustrators such as Aubrey Beardsley in Britain and Alphonse Mucha in Czechoslovakia adopted the style. In Germany the style was called Jungendstil after the magazine Jungend (Youth).

Typical of the art nouveau style are the postcards produced by the French artist Elisabeth Sonrel (1874 – 1953), who had been a student at the famous Ecole des Beaux-Arts in Paris. Like Mucha, she produced posters, postcards and illustrations. Lot 114 contains a beautiful example of her work. 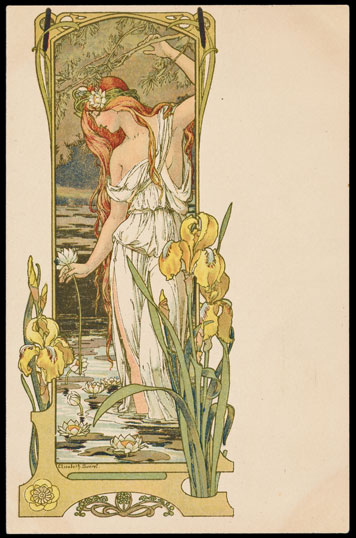 Lot 99 includes a set of 12 postcards by Alphonse Mucha (1860 – 1939) called the Months of the Year. This set is well-known and collected and 2 of the cards are illustrated in Picture Postcard Values. The card illustrated below was overprinted by La Belle Jardinière, as an advert for the famous Paris department store. 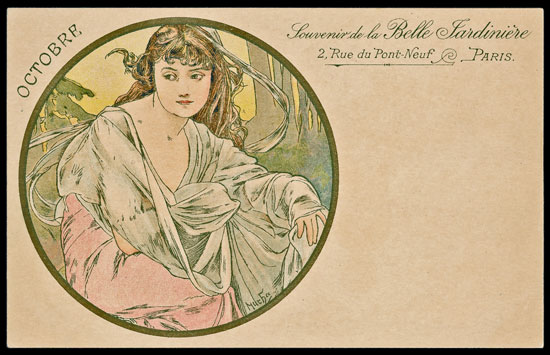 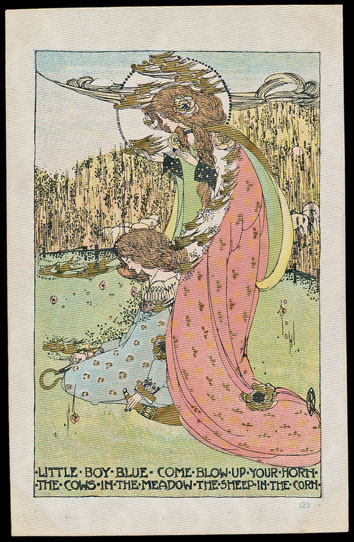 Raphael Kirchner (1876 – 1917) was a prolific postcard artist and many of his early works were in the art nouveau style. Lots 89, 90 and 91 are all collections of his cards and lot 82 is a Roma set. The following illustration is from lot 89, a collection of 63 cards by Kirchner. 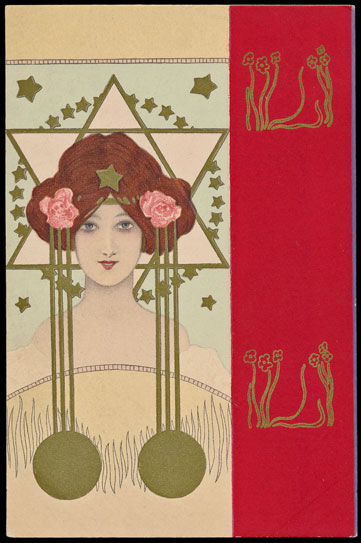 Art Deco started as an architecture, art and design style at the end of the art nouveau period and expanded at the end of the First World War. It took its name from the exhibition held in Parisin 1925 Exposition des Arts Décoratifs et Modernes. The style was characterised by rich colours, bold geometric shapes and lavish ornamentation. It embraced technology and saw the introduction of streamlined cars and trains andNew York skyscrapers. Many artists employed this style for postcard production, especially Italian artists.

This card is one of a set of six art deco glamour cards by Umberto Brunelleschi (1879 – 1949). It is lot 78. He was a printer, book illustrator and set and costume designer, who at one stage designed costumes and sets for the Folies Bergères and costumes for Josephine Baker. 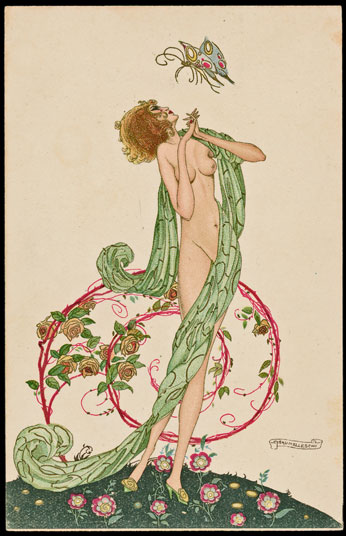 Sofia and Elina Chiostri were Italian sisters both working in art deco style. This colourful card of a Negro drummer and dancers is one of two from the same series published by Ballerini and Fratini. It is lot 81. 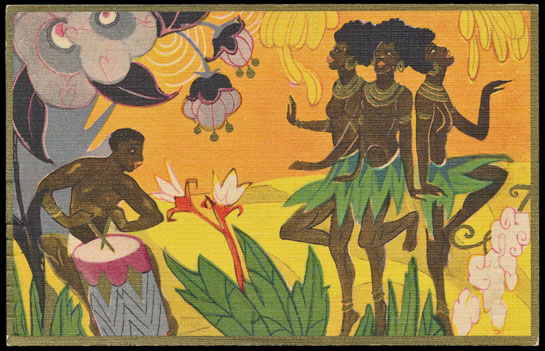 The art deco style was also embraced by British artists and lot 96 is a collection of 23 colourful cards by Joyce Mercer (1896 – 1965). This card is from a set of 6 illustrating Shakespeare’s A Midsummer Night’s Dream. 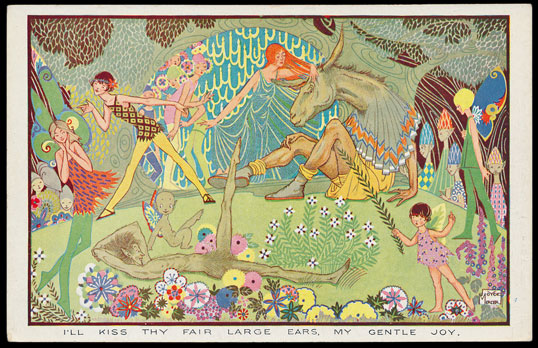 Do you have a collection of postcards to sell? If so contact our postcard expert, Colin Such.