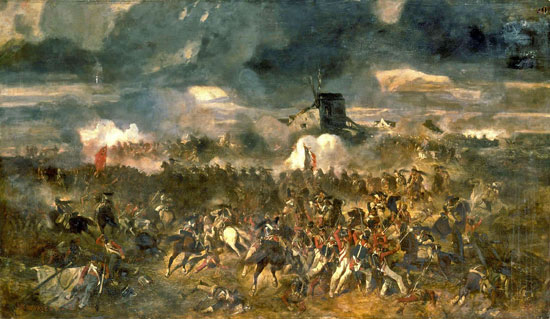 This year is the 200th Anniversary of the Battle of Waterloo and the end of Napoleon Bonaparte’s rule of France. Warwick & Warwick have four 1815 Waterloo Medals offered for sale in our 21st October medal and militaria auction with varying estimates. 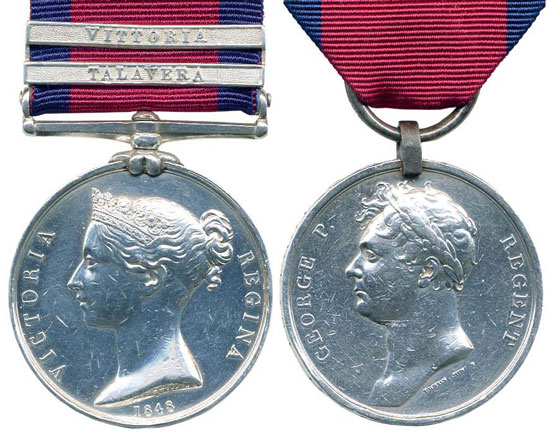 Lot 11 is an MGSM 2 clasps Talavera, Vittoria and 1815 Waterloo Medal to William Brake 28th Foot. He was born in Sherbourne, Dorset and enlisted on 9th August 1803 aged 19. He fought in the Peninsula War and was wounded in the head at Oporto on 12th May 1809, wounded in right leg and thigh at Talavera on 28th July 1809. He served in Captain Irving’s 1st Coy at Waterloo where the regiment suffered 252 casualties from 557 present. He was discharged on 5th February 1822 due to wasting and diseased state of the absorbents of his right leg and thigh and general bad health. Estimate £3,500. 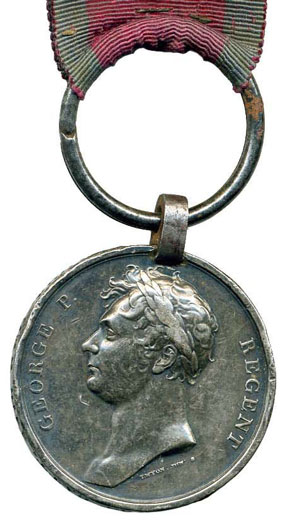 Lot 12 is an 1815 Waterloo Medal to Thomas Fairclough 2nd Batt 44th Reg Foot. He served in Captain Brugh’s company at Waterloo. The battalion was heavily involved at Quatre Bras where it suffered heavy casualties when attacked by French Lancers before being able to form a square and Ensign Christie saved the colours from being captured by a Lancer. Total casualties for Quatre Bras and Waterloo were 20 killed and 165 wounded out of 455 unit strength, approximately 40% casualty rate. Estimate £2,200. 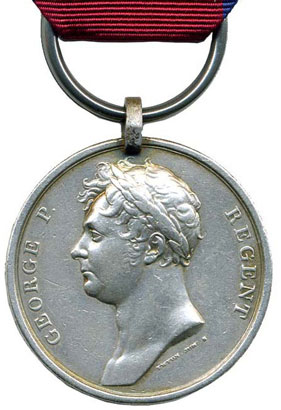 Lot 13 is an 1815 Waterloo Medal to Thomas Chadwick 16th or Queen’s Light Drag. He was born in Rochdale, enlisted 18th October 1793 aged 19 and was discharged on a reduction of the establishment on 1st November 1818. He also served in the Peninsula War but there is no record of him on the MGSM roll, so presumably he died before 1847. Estimate £1,600. 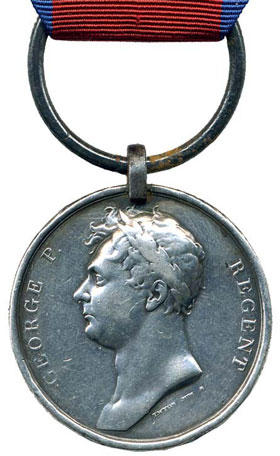 Lot 14 is an 1815 Waterloo Medal to Edward Parry 1st Batt 4th Reg Foot. He served in Captain Shaw’s No 1 Company at Waterloo where the regiment suffered 134 casualties out of 669 present. Estimate £1,600.