When philately was forbidden; Stamps from the Chinese Cultural Revolution

China’s Currency revaluation in 1955 and commencement of the Cultural Revolution in 1966 resulted in a scarcity of stamps for the following decade. Many activities, including stamp collecting, were considered to be ‘bourgeois’ and participation put collectors at serious risk, so few stamps from this period were collected making many of the issues from the period very rare.

In recent years as interest in Chinese stamps has increased, prices for these stamps have rocketed and anybody who purchased the best issues a few years ago could have made a considerable profit.

Our 6th June Stamp auction includes a PRC collection that includes some of the most sought after stamps. 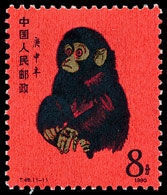 The collection is being offered as a single lot, and there will no doubt be considerable interest as high quality collections are rarely offered intact.

Our July auction will also include perhaps the most sought after officially issued modern philatelic item; the 1962 Stage Art of Mei Lan-Fang M/S UM, catalogued at £22,000. 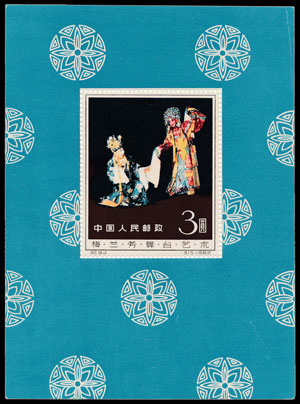