Worth looking out for in the April stamp auction

We are pleased to be able to offer one of the great rarities of Hong Kong philately, the 1880 10c on 12c doubled surch error. The stamp comes with a recent BPA certificate and is described as ‘a fine & fresh example’. 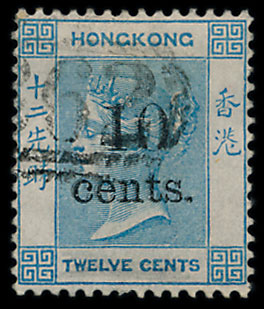 An eye-catching range of soldier covers from Bechuanaland addressed to the UK could be well worth viewing. 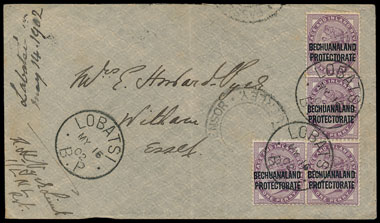 Issues from the 1900 siege of Mafeking are always popular so the 1d Bicycle stamps available will no doubt sprint away. An attractive Zululand 1888-93 9d in corner marg. 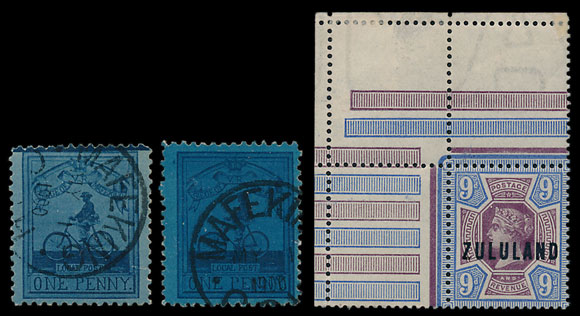 Hopes are again high for the China stamps on offer after the success of the March auction. A substantial collection contained in 5 binders, described as ‘good quality and in need of some sorting’ is available with an estimate of £1,400.

A pair of unidentified mystery Communist China stamps may be worth a flutter, with an estimate of £100.

A substantial range of Italy is on offer, from Modena early imperf values, early Empire covers and Colonial issues.

In the GB section there may be a queue formed to view a valuable QV mint collection. Though only 80 stamps, they are described as ‘above average and with enormous cat value’. 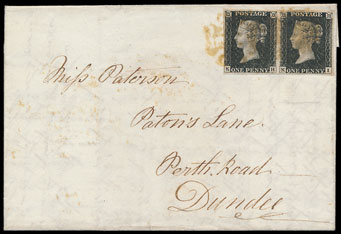 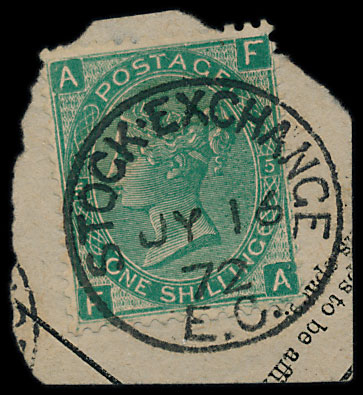 3 very rare 1969 Machin ‘cut-out’ trials, mounted on cards and signed by Arnold Machin, have already received a number of enquiries.