A 1971 Northern Ireland Military Cross award group to Lieutenant Colonel Peter Maurice Kingston, Parachute Regiment is offered in our 20th February 2019 medal and militaria auction with an estimate of £25,000-£30,000. 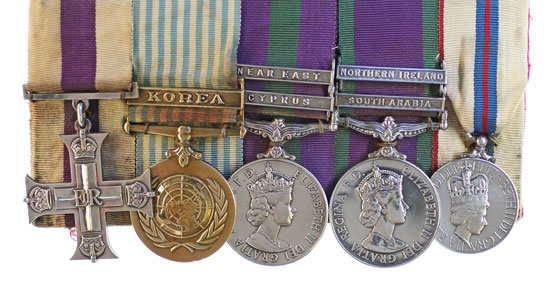 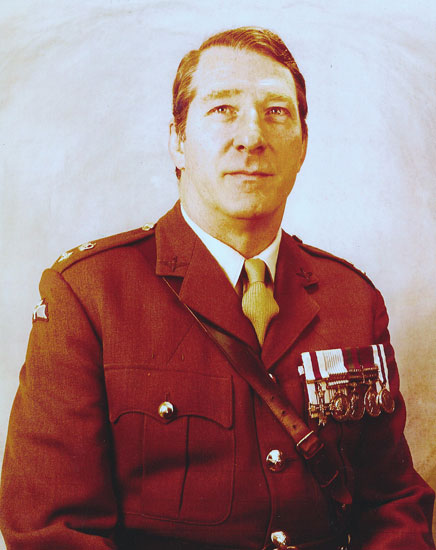 On transfer to the Parachute Regiment he was posted as a Company 2IC in 3 Para, who were stationed in Cyprus and who were involved in operations against General Grivas in the Cypriot mountains around Troodos.

The battalion was still in Cyprus when Nasser, the Egyptian President nationalised the Suez Canal in 1956 and 3 Para were ordered to assault El-Gamil airfield near Port Said. This was the first and last time since the end of WW2 that British forces conducted a battalion scale parachute drop into action. On 5th November 3 Para were transported in Valetta and Hastings aircraft and dropped into a small but hostile DZ with water on 2 sides. Kingston was in the lead company (A Coy) who were responsible for capturing the airfield control tower at the west end of the airfield in which they were successful and in addition knocked a bunker firing onto the DZ. Despite heavy ground fire they seized the airfield in 30 minutes and started attacking the coastal defences, in preparation for the amphibious assault the next day. During the assault, 3 Para lost 4 men killed and 3 officers and 29 men wounded.

He was serving with 1 Para when they were sent to Northern Ireland at the start of the “Troubles” in 1971. It was for gallantry in the intense 3 months of operations when the battalion were based in Palace Barracks, Holywood, that he was awarded the Military Cross which was announced in the London Gazette dated 14th February 1972 in recognition of distinguished service in Northern Ireland during the period 1st August to 31st October 1971

In 1974 he was appointed GS01 at Contingency Planning HQ Joint Airborne Task Force and was promoted Lieutenant Colonel on 31st December 1974. In 1975 he was CO of 10 Para (TA) Bn. He was part of the Silver Jubilee parade and marched at the head of his battalion.

He had also spent periods on attachment in Bahrein and Nigeria. He was a keen Rugby player and he played for England under-16s and Richmond Park. He retired from the Army in 1981 and established a jewelry business in Yorkshire starting with 1 shop and building up to 6 shops. He died on 4th July 2014.