A rare SBS Raiding Forces Military Medal to LCpl Richard James Holmes Grenadier Guards, SBS & SAS was offered in our 18th August 2021 medal and militaria auction and sold for the incredible sum of £74,000 (Plus Commission of £14,800). 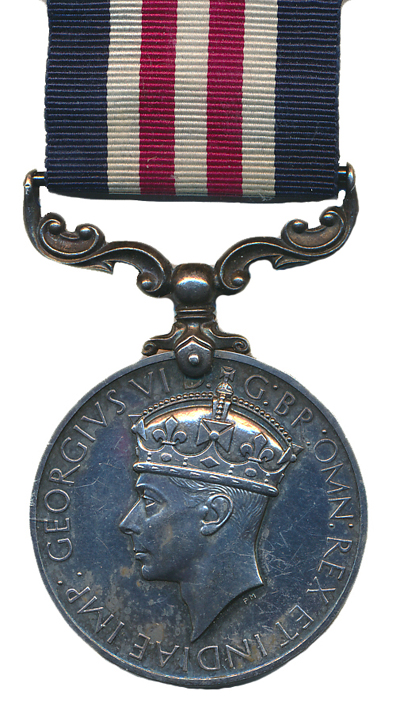 “This NCO was responsible for two-thirds of the actual sabotage done on the fuel dump at PEZA on the night 4th July 1943. In spite of an extremely difficult approach march during which each man carried approximately 70lbs, the attack was successful and over 150 tons of aviation fuel were destroyed. In spite of continual patrols with watchdogs passing close by him, he continued systematically placing bombs until the dump was covered, before finally withdrawing. The success of this attack and withdrawl entailing night marches in mountainous country over 100 miles with heavy loads depended to a very great extent upon his keenness and determination.”

Sold with a 2016 privately published 402 page book, Mediterranean Odyssey A Squaddy’s Tale written by the recipient.

He was born in Toronto 17/2/19 in Toronto, enlisted in the Grenadier Guards in London 8/1/40. While stationed at Wellington Barracks, he volunteered and was accepted for Special Service with the Commandos and was posted to No 8 Commando. He sailed to Egypt via the Cape of South Africa on a troopship and were initially stationed at Geneifa Infantry Base Depot where they continued their training. He was admitted to hospital with typhoid, and while in a convalescence depot, was drafted as reinforcements for Crete in May 1941 and was attached to the Hampshire Regiment near Heraklion airfield, where he was stationed when the German airborne attack commenced. He was in action against the German paratroopers almost as soon as they landed. After several days of action, he was evacuated from Heraklion port by destroyer back to Egypt, despite repeated air attacks.

Once back in Egypt, with the Commando unit he was with, disbanded, he returned to the Guards being posted to 2nd Bn Scots Guards. He continued to fall foul of the Guards discipline and was frustrated by the lack of action. His application to join the S.A.S. saved him from further charges and he finally transferred in Jan 1942. Just before undertaking his parachute course with the SAS, he was recruited to the Special Boat Section and he moved to Beirut. 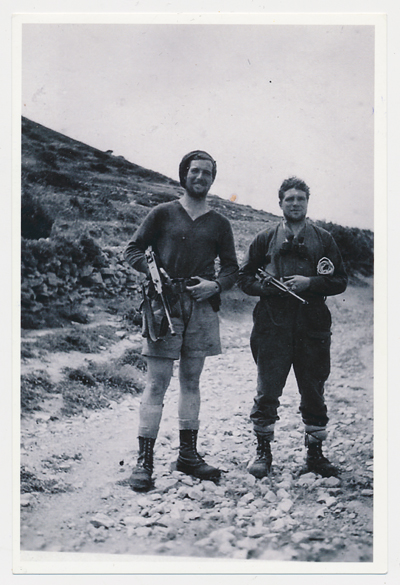 The SBS were tasked with raids on the Crete airfields to destroy as many aircraft as possible, to coincide with the invasion of Sicily. The attack groups sailed from Mersa Matruth on ML367 and landed in Crete in darkness. Holmes’s group had a long approach march carrying heavy loads over the mountains to reach their target at Heraklion. Having arrived near their target, they discovered from the local population that no planes remained on the ground at their airstrip overnight. Enquiring about an alternative target, they were told there was a petrol dump at Pesar, some 5 miles away. There were several dumps of petrol outside the camp and the rest were within a barbed wire perimeter. The group separated to place their bombs around the various dumps. Holmes had completed his task and placed his 4 bombs and initiated the time delay fuses. Just as he was about to make his move to the next dump, his path was blocked by 2 German sentries with guard dogs. After waiting for what seemed an age, the sentries moved on and he was able move on to a second dump and began placing his bombs, when the German sentries returned with their dogs, making him lie low again, before finally being able to leave the dump and meet up with the other saboteurs. Because of the time delay of Holmes being able to extract himself from the dump, the commander decided not to then go and place bombs on further dumps in the area.

They needed have worried because when the bombs that had been placed exploded, some flaming barrels were thrown into the air and spread the fire to some surrounding dumps, which were then destroyed as well. One of the other groups had managed to destroy several aircraft at Kastelli, with the third group drawing a blank.

With the news of the Italian surrender, Holmes and S Squadron were sent to the Dodecanese Islands to take the surrender of the various Italian garrisons, starting with Castelorizzo, Cos, Kalimnos and Leros. By the time they reached Leros, the Germans had reacted and were sending their own troops to contest the Allied advances, and it was on Leros that they were repeatedly dive bombed by Stukas, before being forced to escape from Leros to Turkey, but instead of being interned, they were transported across Turkey to the Syrian border, where they made their way back to base.

After further training and attending ski school in the Lebanon, they returned to operations in the Dodecanese Islands operating from Turkish waters. Holmes led a small party to Nissoros to try and capture a German. They were dropped off by submarine, but having a shoot out with a German patrol, returned empty handed. This mission was followed by a number of recces and raids to other islands to establish the German strength and keep them on their guard. In his book, Holmes thinks he landed on 15 different islands at this time, on various operations.

They left Beirut for the last time in June 1944 and at this time, Holmes was promoted to Sgt and received his SAS Operational Wings. Their next stop was Brindisi in Italy, before he was part of a 10 man group under Lassen sent to Yugoslavia to help the partisans with an attack on a bridge which the Germans were using as an evacuation route from Greece and Albania. When they reached the bridge, they quickly placed the 500 lbs of explosive they had brought with them and after a short delay, destroyed the bridge completely. During their extraction they had a heavy contact with German patrols and were lucky to extract themselves without any casualties. After Yugoslavia, they moved back to Italy in 1945 and Holmes and an RE Cpl were parachuted into Northern Italy to help train partisans in the use of various weapons and explosives.

He was discharged after the end of the war and became a school teacher and moved back to Canada in 1966. 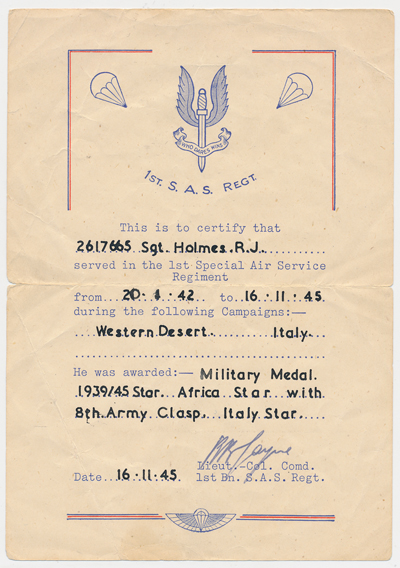