A rare Distinguished Flying Medal group to a Blenheim Air Gunner and recipient of the Battle of Britain clasp, is offered in our 19thAugust 2020 medal and militaria auction with an estimate of £4,700. 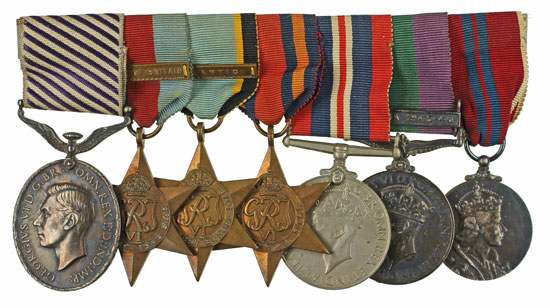 Henry George Matthews was born on 30th January 1920 and enlisted in the RAF in June 1939 as an Aircraft Hand. He re-mustered as aircrew and after completing his training, was posted to 236 Sqn at St Eval on 3rd September 1940. St Eval in Cornwall was a Fighter Command Sector HQ in the Battle of Britain and home to Spitfires, Hurricanes and Blenheim fighters. With some copied 236 Air Ops Record Books which gives details of the sort of missions they were flying.

“Took off to shadow enemy convoy reported heading for Brest, At 12.10, 1 destroyer and 4 L/Vs sighted 10 miles south of Ushant. Whilst shadowing convoy sighted 1 H.E. 155 20 miles N.E. of Ushant and attacked. On second burst of fire from front guns the rear gunner of enemy aircraft ceased firing. Three more quarter attacks were made and the rear gunner of our aircraft fired 150 rounds into the vicinity of the pilot’s cockpit. Enemy aircraft dived into cloud apparently out of control approximately 5 miles west of Brest but no further trace of it could be seen.” 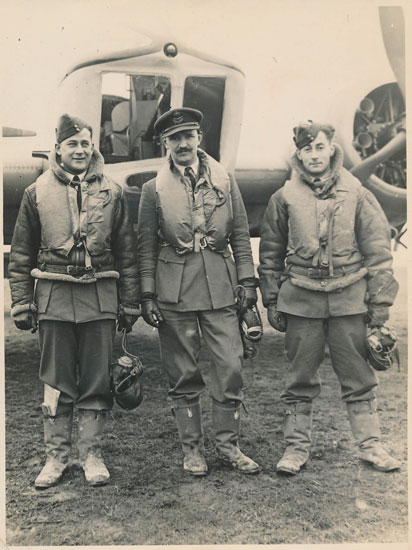 The award of the DFM was announced in the London Gazette dated 25th November 1941 with 236 Sqn for:

“On 5th March 1941, Sergeant Matthews was Air Gunner in a Blenheim aircraft flown by Flt Lt MacArthur. Half a mile west of Fastnet Rock off the south coast of Ireland, two Heinkel 111 aircraft were encountered and attacked. During the ensuing fight, Sergeant Matthews was severely wounded in the left shoulder. Despite this injury, he continued to man his turret and during the return flight of 30 minutes, Sergeant Matthews was continuously in touch with his base by W/T. This NCO was mainly responsible for the safe return of the aircraft.” 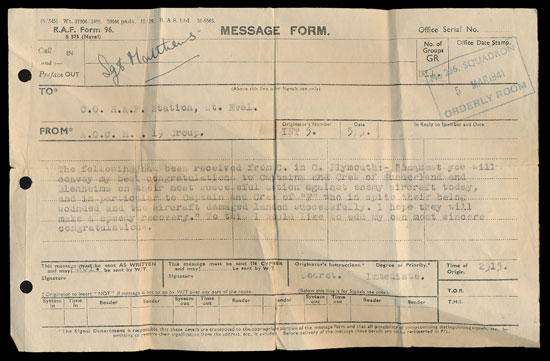 From 1963 to 1969 he was the station commander of RAF Bentwaters which was the home of the USAAF 81st Tactical Fighter Wing, from where he retired 30 Jan 1969. He died in October 1990 in Ulverston. 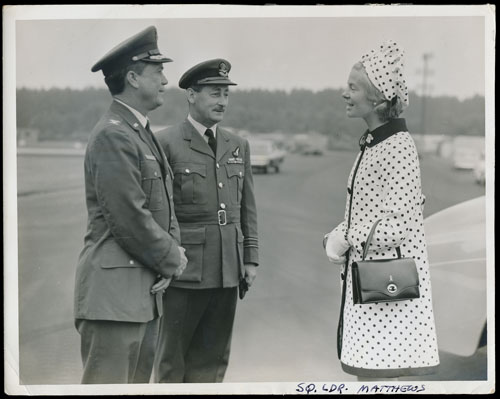