The Colditz Castle unique archive of WW2 photos taken by Johannes Lange, was sold in our 22nd April 2020 medal and militaria auction. The Lot which had a pre-sale estimate of £1,750 saw 3 telephone bidders strongly contest the Lot with the hammer finally falling at £6,000.

When the vendor was given the good news about the sale price, he was absolutely amazed at the final price.

Johannes Lange, a Colditz village photographer was called up into the German Army and employed to take photos mostly of Allied failed escape attempts. 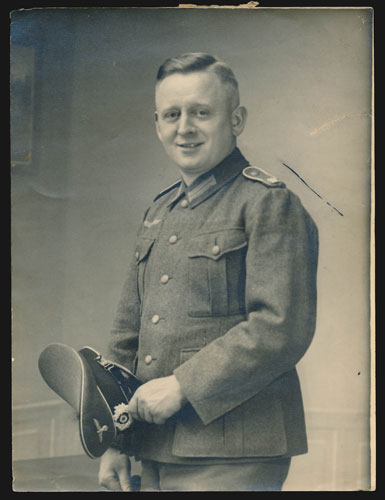 The Allied POWs proved most ingenious with their attempts to escape from the elaborate to the simple. This escape attempt from 6 floors up with simple bedsheets tied together looks hair raising enough, but then imagine doing it at night. 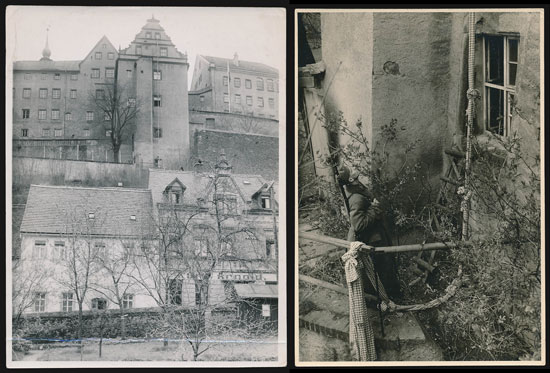 To conceal the absence of an escapee, dummy figures were made to confuse a German head count. 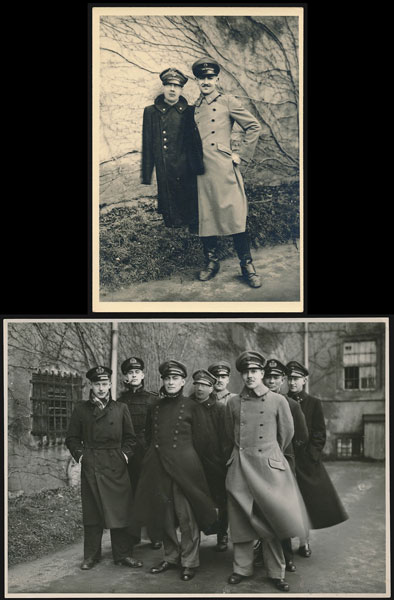 Tunnelling was a major occupation of the POWs. Some of the photos below show the scale of the operation. 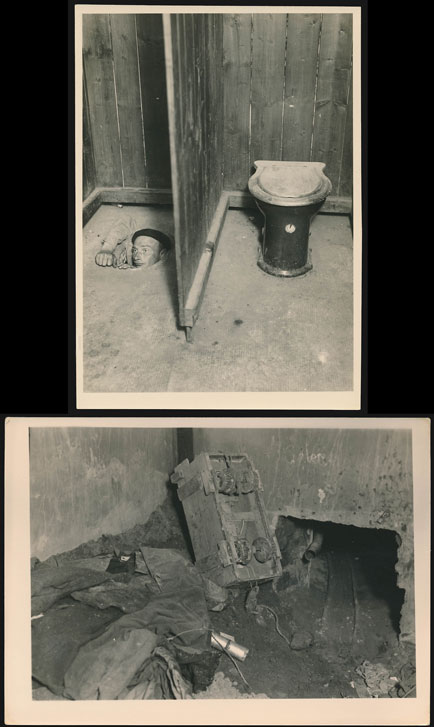 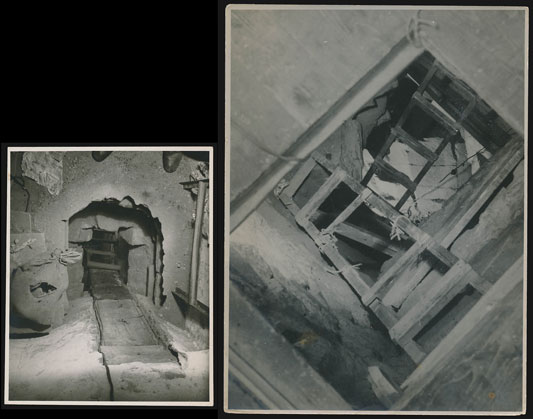 Life and death continue as a matter of routine. Funerals were well attended. 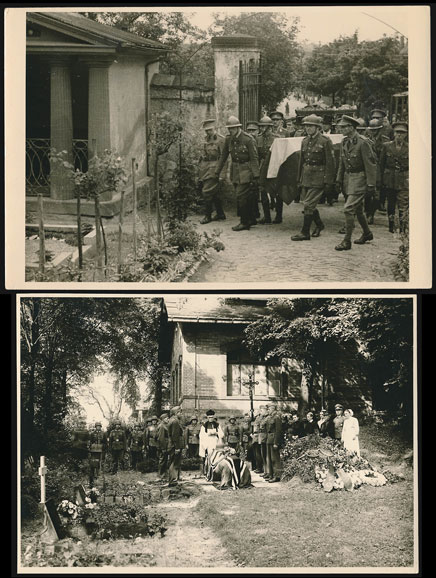 7 Allied POWs who were captured during Operation Musketoon, the 1942 Commando raid on the Norwegian hydro-electric power station at Glomfiord, were briefly held at Colditz before being taken to Berlin and executed. 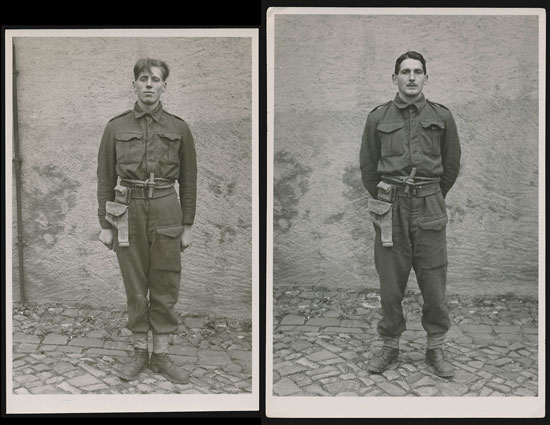 A range of general photos of life which include Douglas Bader. 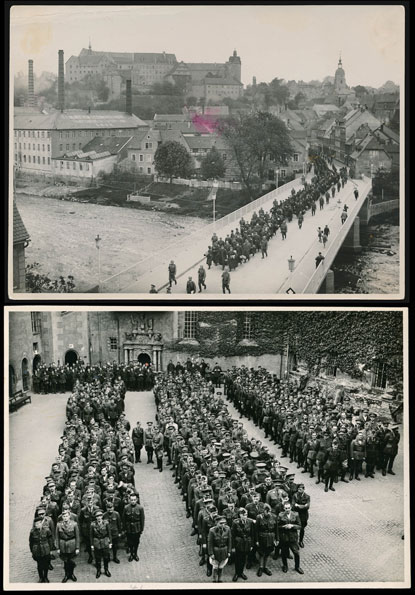 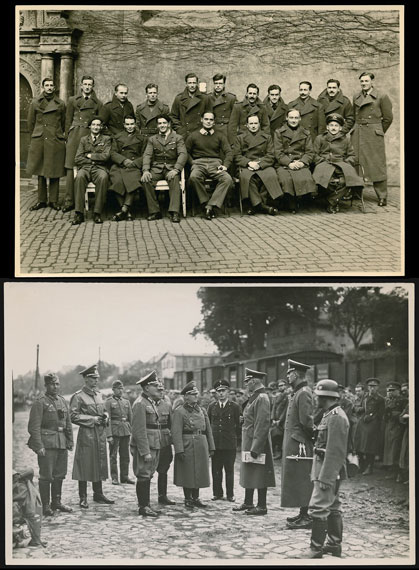 These escape photos were distributed to other POW Camps as an example of how ingenious the prisoners were and what to look out for. This archive was used as the material for Ron Baybutt’s book Camera in Colditz published in 1982. The photos cover a wide range of events including escape attempt photos include a wide array of tunnels and tunnelling equipment, bedsheet rope, escape equipment smuggled into Colditz in parcels concealed in soap, board games, hair brushes, cotton reels etc, the dummy used for parade head counts to conceal an escapers absence, document forging, fake uniforms etc.

Further large ranges of Allied POW groups of all nationalities, German officers and guards, POWs being marched up to the castle, outlying work camps, funerals, theatre performances, castle exterior, cartoons, celebrities including Douglas Bader, good range of negatives including the glider in Lange Photo shop envelopes etc. A unique collection, some photos stamped Moritz und Johannes Lange, photographenmeister, Colditz to reverses, with copy of Baybutt’s book. There are 663 photos in the lot, a few are duplicated, also range of negatives.