Airships had been in use since the late 19th century and particularly for military use in the 1st World War, though it was in the 1920s when the development of rigid passenger carrying airships became possible, particularly with the Zeppelin Airship Company in Germany.

Airships were fascinating to a population recovering from the war. They could reliably travel huge distances at speeds not previously known and in Germany they represented a break from post war reparations. Development of the Zeppelins was largely funded by public donations and later by postal authorities issuing commemorative stamps and flight covers, to such an extent that philatelic material represented the majority of mail carried on the airships. 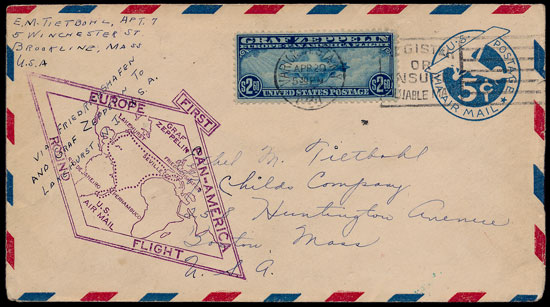 The Graf Zeppelin 1930 flight to Brazil and North America established the first trans-Atlantic air passenger service and was commemorated in the USA by the issue of a set of stamps and, despite poor sales, the Zeppelin Company were paid $100,000 for carriage of US mail. The Graf Zeppelin arctic flight in 1931 was largely to show how the airship could withstand extreme conditions. A set of stamps commemorating the flight was issued in Germany and in order to partially fund the event, 300 kg of flown mail was exchanged with a Russian ice-breaker. In 1933 the Graf Zeppelin stopped at the World’s Fair in Chicago, again commemorated by stamps issued in Germany and America. 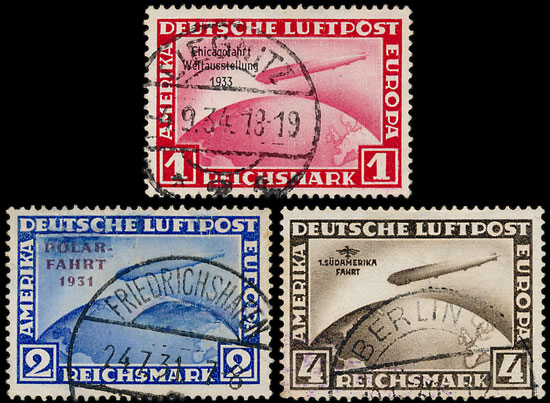 Horrific accidents, particularly the 1937 Hindenburg explosion, led to the demise of the airship, the remaining German Zeppelins being broken up for scrap to be used in the German war effort. In any event, the writing was on the wall, as fixed wing passenger aircraft were already in service by that time. For a more detailed account of the Hindenburg cover please see the article Warwick and Warwick Sell Rare Hindenburg Crash Cover. 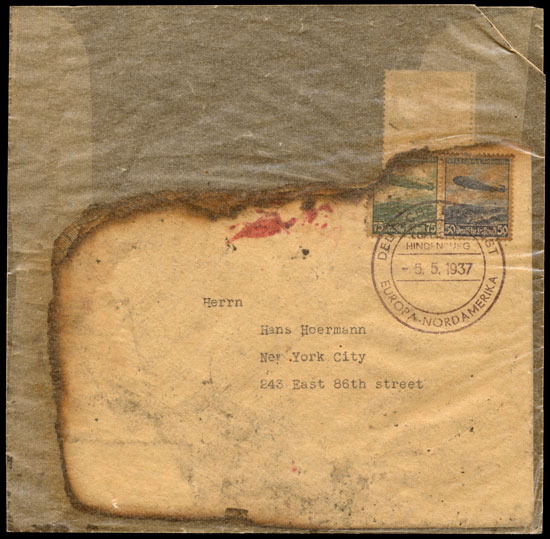 With other countries issuing stamps to commemorate airship flights, the quantity of associated material continued to supply a very popular philatelic area and the price of rarer issues has increased accordingly. 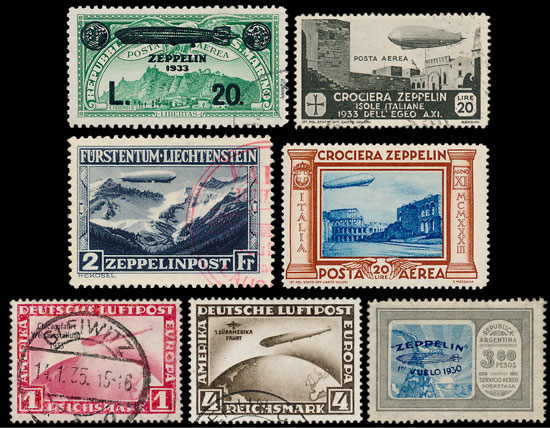 All of the stamps illustrated are from collections in our 2nd March stamp auction, see our online catalogue for more information.