A Spanish Civil War group to Jose Maria Lasheras Sanz, a Spanish Air Force Bomber Air Mechanic, is offered in our 11th December 2019 medal and militaria auction with an estimate of £1,000. 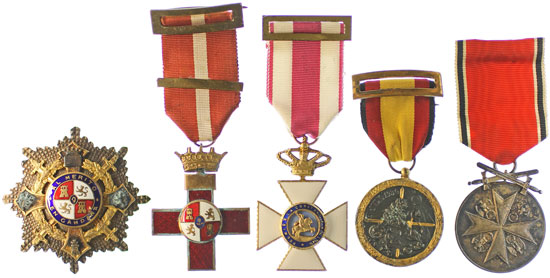 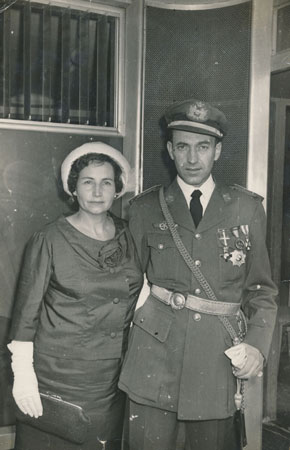 Jose Maria Lasheras Sanz enlisted as an Air Mechanic on 2nd February 1930. The Air Mechanic in the Spanish Air Force was roughly the equivalent of the Flight Engineer in the RAF.

During the Spanish Civil War he flew on General Franco’s Nationalist side. Franco was supported by Hitler, who sent the Condor Legion to Spain to help Franco. The first flying entry in his log book is dated 3rd January 1937 with the 6th Escuadrilla 22. His first bombing mission to Morata y Tricheras was flown on 13th February 1937. In 1937 he flew a total of 90 bombing missions, as well as other training and reconnaissance flights. In 1938 he flew 130 bombing missions and a further 13 in 1939. 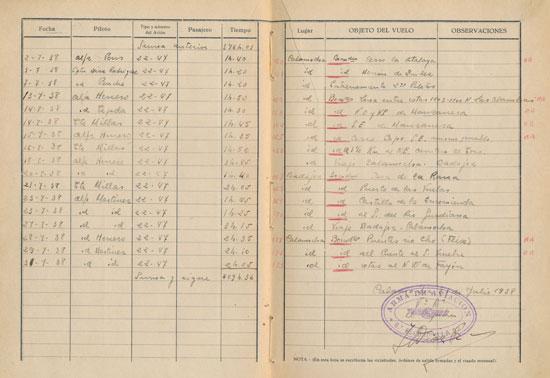 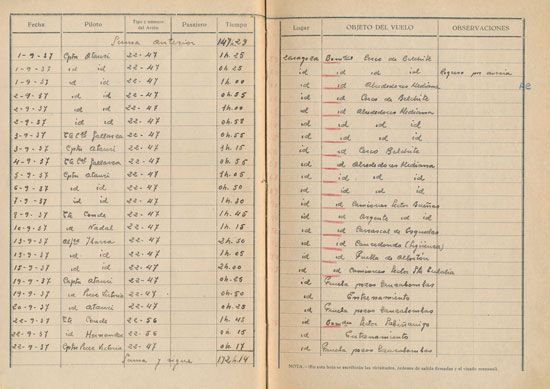 On 22nd May 1939, Germany awarded him the Eagle Order Silver Merit Medal With Swords and the lot includes his named award document in mint condition in its folder as issued by the Third Reich. 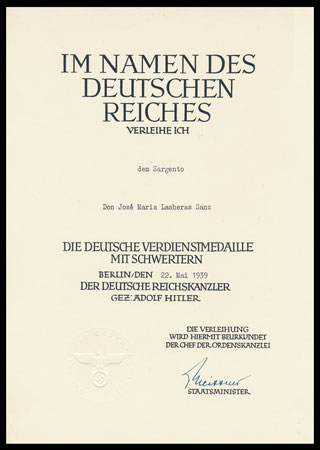 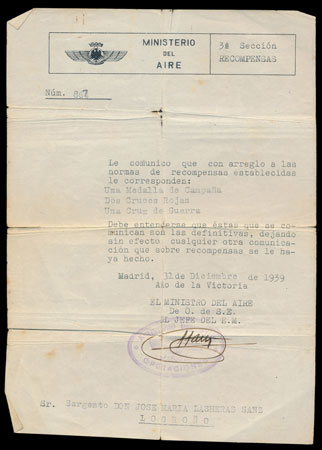