A World War 2 London Passenger Transport Board Medal For Bravery to Thomas W.S. Large is offered in our 20th April 2022 medal and militaria auction with an estimate of £1,750. 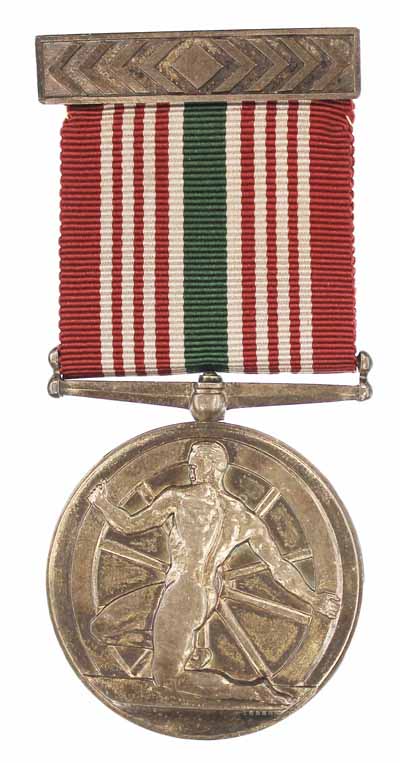 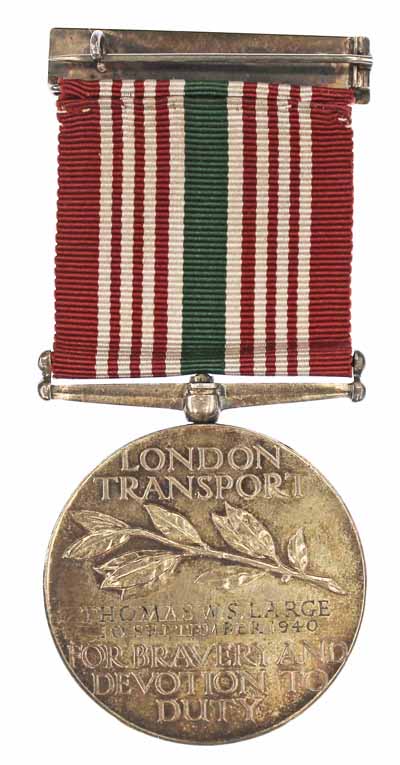 This medal was one of only 9 ever issued.

"On the night of 9/10 September 1940, a large number of incendiary bombs and also high explosive bombs were dropping on buildings surrounding the Bus Station at the Minories. There were at the time 18 of the Board's vehicles in the station, and in the face of great danger, these men cleared all of the vehicles from the station, except a Fordson tractor. Not only were the buildings on fire but high explosive bombs were falling throughout the proceedings."

With Daily Herald newspaper cutting covering the presentation of all 9 medals on 21 Feb 1941: "Nine London Transport workers - busmen, tram drivers and railwaymen received yesterday the London Transport Medal for special bravery on duty.  - Four bus inspectors E.H. Wright, E.C. Wright, F.E. Ford and Thomas W.S. Large received medals for their courage in driving 18 buses out of a station which was on fire and being heavily bombed."