The rare World War 1 Memorial Plaque named to Susan Sophia Wills was offered in our 12th December 2018 medal and militaria auction with an estimate of £2500. With 2 room bidders battling it out with a telephone bidder with the room being successful, the pre-sale estimate was soon left trailing in the distance with the hammer falling at £7,750, a total of £9,300 including buyer’s premium, which is possibly a record price for a single plaque? 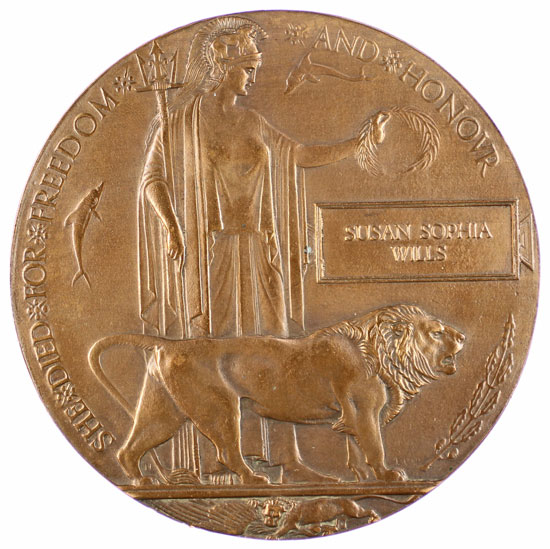 RNAS Cattewater was a seaplane base commissioned in Plymouth sound in 1917 which became RAF Cattewater in 1918. Mrs Wills was enrolled in the Women’s Royal Naval Service on 18th April 1918 and was a greaser who would have been employed on the seaplanes. There were approximately only 600 “She Died” plaques issued in World War 1 and there are only 27 to WRNS.