An Airborne Operations DSO, OBE, AFC group to Wing Commander Ernest Leonard Archer R.A.F.V.R. is offered in our 20th February 2019 medal and militaria auction with an estimate of £12,000.

Ernest Leonard Archer enlisted in the RAFVR in 1938. He undertook his first training flight for air experience on 15th January 1939 and had completed 60 hours on the Magister by the end of August, when he then graduated to the twin engine Oxford with No 5 Flight Training School. He stayed with No 5 FTS until the end of April 1940, when he was posted to No 2 School of Aircraft for conversion to the Blenheim bomber. 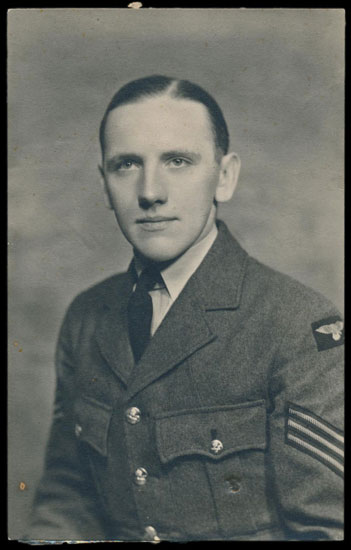 He was commissioned as Acting Pilot Officer for the duration of the war from rank of Sergeant on 28th April 1940.

Pilot Officer Archer was posted to 59th Squadron, Coastal Command at Thorney Island at the end of June 1940 and on 5th July, flew his first operation on a Channel sweep. By 23rd November 1940, he had completed 47 Operations with 59 Squadron which included day and night bombing raids, sweeps, reconnaissance for enemy shipping, moon patrols etc.

Archer was promoted Flying Officer on 28th April 1941 and Acting Squadron Leader on 14th October 1941. He was Mentioned in Dispatches which was announced in the London Gazette dated 24th September 1941.

Posted to No 2 School of Aviation at Andover in December 1940, 42 OTU, and then 1526 BAT Flight at Thruxton on 11th November 1941, fulfilling a range of training and instructing including considerable Beam Flying. On 11th February 1942 while flying a Beam Exercise he broke radio silence over the Channel when he spotted the German capital ships Scharnhorst, Gneisenau and Prinz Eugen making their dash up the English Channel on Op Cerebus to get them back to German ports. He was apparently threatened with a court martial for breaking radio silence.

January 1943 found him posted to HQ Army Co-operation Command flying a mixture of aircraft, before joining the airborne forces 296 Squadron in November 1943 flying Albermarles, where he conducted 77 training flights dropping paratroopers or towing gliders, in addition to 2 supply drops to the French Maquis up to the end of May 1944.

The award of the Air Force Cross was announced in the London Gazette dated 2nd June 1943.

He was selected to lead a flight of 6 aircraft on Op Tonga to drop Royal Engineer Pathfinders from 5th Parachute Brigade on 5th June 1944 prior to D-Day whose task was to attack gun emplacements and set up a flarepath for the invasion gliders to follow. After 8 of the 9 Paras had jumped, he suddenly saw another Albermarle in the same airspace and only just missed the other aircraft after taken violent evasive action. They had to fly around again to drop Lieut Micheley RE who was in command of the stick. On return to England they were quickly turned around and towed a Horsa glider from 6th Air Landing Brigade for the main D-Day landings as part of Op Mallard. 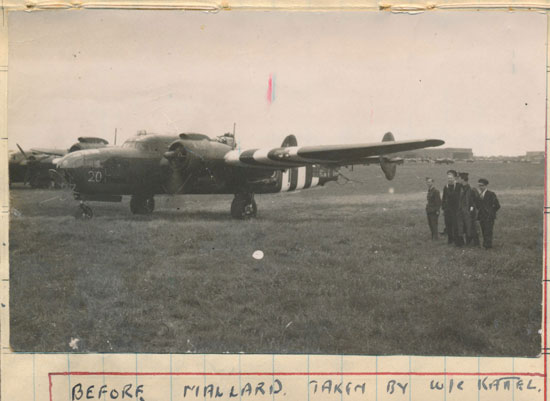 After D-Day he conducted 5 Operations over France in conjunction with SAS missions and supply drops to the Maquis as well as the continuation of Airborne training.

During the airborne operations as part of Operation Market Garden, he dropped a Horsa glider at Arnhem on the first day of operations, 17th Septemebr 1944 and conducted a second Horsa lift to Arnhem the next day. The Netherlands Silver Flying Cross was awarded for:

“S/Ldr Archer completed his 60th and 61st operations by leading his flight to Arnhem on two occasions. His untiring energy was undoubtedly a main factor in the success of our part of Operation “Market”, made complicated by the necessity of using an advanced base. His record of operations would be difficult to equal – he was a member of 59 Squadron, employed during the British invasion scare, in day and night bombing of the channel ports. His Squadron was practically annihilated. After a period of Staff work he come to 38 Group and took part successfully in the invasion of Normandy. He was also successful in numerous flights with arms and ammunition for the Maquis. His zeal and ability throughout all this period, during which he was also engaged in helping to train two British Airborne Divisions, has been an inspiration to his flight, and a mainstay to his Squadron Commander.” With original Dutch award certificate dated 31st July 1945 and original Dutch typed translation, “Distinguished himself during the operations near Arnhem from September 17 to 25, by deeds of initiative, courage and perseverance and showing, in every respect, an uncommon devotion to duty and a great tenacity of purpose.” 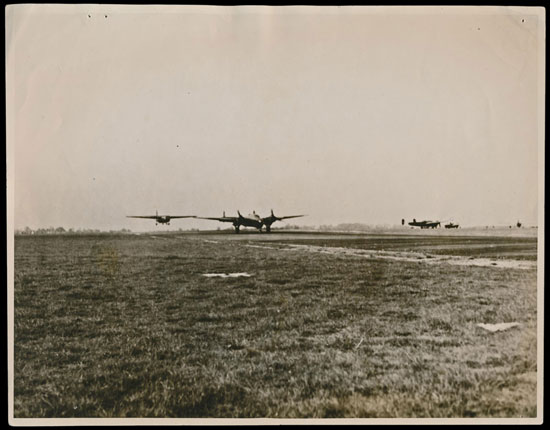 He was promoted Acting Wing Commander and appointed CO of 644 Squadron on 10th November 1944 who were about to convert from Albermarle to Halifax bombers and were used for towing the heavy Hamilcar gliders. He flew a range of missions including tactical bombing over Germany, dropping supplies to SOE and Norwegian resistance, on 23/2/45 after dropping supplies his aircraft was shot up by ships in Skaggerak and returned on 3 engines.

He led his Squadron in the final major airborne assault of the war with Op Varsity, the Rhine Crossing on 24th March 1945 where he towed a Hamilcar loaded with 17 Pounder Gun & Lorry. The war in Europe ended on 8th May 1945. On 11th May he flew 16 passengers on Op Doomsday to Oslo where he is recorded as being one of the signatories on the Surrender of German Forces in Norway. The final flight in his log book is 5th October 1945 and his last day of service was 19th December 1945.

The award of the Distinguished Service Order was announced in the London Gazette dated 17th August 1945, Belgian joint award certificate for Order of Leopold and Croix de Guerre for courage and bravery during the liberation of Belgium dated 16th January 1947.

The Most Excellent Order of the British Empire Officer was conferred upon him in his civilian employment and was announced in the London Gazette dated 14th June 1975 as Director of Personnel Boots Co Ltd, Nottingham.